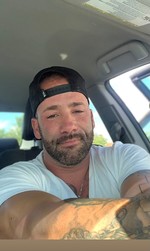 Adam E. Young, age 42, of Milford, NH, formerly of Nashua, passed away at Catholic Medical Center in Manchester on June 12, 2022, from injuries sustained in a motorcycle accident. For nearly 10 years, he was the beloved husband of Rebecca “Becki” (Rice) Young.

He was born in Nashua, NH on November 8, 1979, beloved son of Edward Young of Manchester and Theresa (Branchi) Young of MI; also survived by his biological mother, Bonnie Charette of WI.

Adam attended Nashua and Milford High Schools, where he was involved with football. He even started a flag-football team with his late brother, BJ. He loved playing floor hockey at the YMCA Merrimack, NH, flag football and football. In his early years he even wrestled and played basketball. He also was a proud alumni of the Boys & Girls Club of Greater Nashua, and the Copper Cannon Camp. He was a lifelong communicant of Heritage Baptist Church on Lock St. in Nashua, where he enjoyed the turkey bowl, football game.

For many years he has worked in the paving industry as a machine operator, recently for IUOE Local 4, P.J. Keating of Dracut, MA. He had previously worked for several years each at Fletcher Quarry in Westford, MA and Continental Paving based in Londonderry as well as many other paving industries throughout his career. He was a die-hard worker.

Adam was a devoted father spending time with and enjoying many activities with his family. Adam coached his son’s football team for a few years and was also a referee for NHOS. Always a sports fan, especially hockey, Adam was an avid fan of the Boston Bruins, and the Buffalo Bills football team. He loved the Patriots as well but if they played against each other, he was a Bills fan through and through. His true “oasis” was the gym and he thoroughly enjoyed working out. He was a long time member of Planet Fitness and before that he worked out at Gold’s gym and also did some maintenance work for Gold’s as well.

SERVICES: Relatives & friends are invited to his Visitation on Monday June 20, 2022 at the DAVIS FUNERAL HOME, 1 Lock St., Nashua, NH 03064 from 4:00 until 7:00 PM. A prayer service will take place in the Funeral Home at 7:00 PM to conclude visitation led by Pastor Larry Hileman. Interment will be private. An online guestbook can be found at www.davisfuneralhomenh.com (603)883-3401 “ONE MEMORY LIGHTS ANOTHER.”