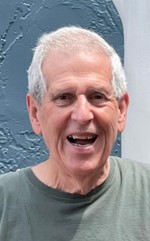 With the same strength and fighting spirit he demonstrated his entire life, Arthur P. Landry II, 77, left this world behind on April 22, 2022, after a 17-month battle with cancer. He was born November 5, 1944, in McCook, Nebraska to Arthur P. and Ruthelsie (Maxwell) Landry. Art’s father was a captain and pilot in the Army Air Force, and his mother strongly believed in staying together as a family. As a result, Art traveled to and grew up on many Air Force bases in both the United States and Europe. He graduated high school in Colonie, New York, obtained an Associate’s degree in business from Babson’s Midwest Institute of Business Administration in Eureka, Kansas, and received his Bachelor of Science in Business Administration from Babson College in Babson Park, Massachusetts. Art served in the United States Army as a radio technician, achieving the rank Specialist 5th class and gaining his amateur radio license, W4APL.

After his service, Art went to work for the New England based retailer, Stuarts Department Stores where he met his wife of 49 years, Frieda (Balamotis), and began his love of retail and store design. Art’s career included retail management, and directing complex building construction and facilities maintenance initiatives for various retailers and builders, before retiring to Venice, Florida in 2010. In retirement, Art took up residence as a second-generation owner at the Harbor Isles Retirement Community and had the privilege of serving his beloved park as a member of the Board of Directors, a liaison to the HI Rules Committee, and a chair for some of his favorite clubs, to name a few. While enjoying his retirement years, Art developed a true passion for woodworking, including both carving and turning, and very much cherished the fellowship and friendships of other carvers in his community. He considered Florida his forever home. Art’s other hobbies included riding his bike, attending every car show he could, reading a good Grisham, Childs, or Woods novel, and waxing his car. Art loved nothing more than bragging about his grandchildren, writing a well worded letter to the manager, a freshly mowed lawn, and a nice rare steak hot off the grill.

Art is survived by his wife, Frieda; his daughter and son-in -law Beth and Michael Coulombe; his grandchildren, Lucy and Joseph Coulombe; his sister and brother-in-law Jim and Jean Nightingale and their daughter’s Kira and Amy; his mother-in -law, Elizabeth Balamotis; his cousin, Olivia Philis; and other extended family and many wonderful friends.

Although cancer took Art from us too soon, it gave his family the gift of spending more time with him over the past year while he received his treatment in New England. Art passed away at the Community Hospice House in Merrimack, NH and his family wishes to thank the exceptional staff that so lovingly cared for him in his final days. Both Art and his family would also like to thank Dr. J. Paul Marcoux and his team at the Dana Farber Cancer Institute in Boston, MA. In lieu of flowers, Art would have been honored for donations to be made in his name to the local Disabled American Veterans Association, 31 Cross St, Nashua, NH 03064 or online at (https://www.dav.org), Home Health and Hospice, 7 Executive Park Drive Merrimack, NH 03054 or online at (https://www.hhhc.org) or the Dana Farber Cancer Institute, P.O. Box 849168, Boston, MA 02284-9168 or online at (https://dana-farber.org).

SERVICES: Visitation will be held on Monday, May 9, between 1 – 3 pm, followed by a funeral service at 3:00 pm at the Davis Funeral Home, 1 Lock Street, Nashua, NH. A graveside service will be held at a later date with interment at Florida National Cemetery, Bushnell, FL. (603)883-3401 “ONE MEMORY LIGHTS ANOTHER.”