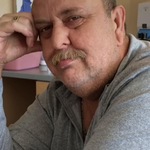 Arthur David Miller, age 58, died September 7, 2020, in Nashua, NH. He was born March 10, 1962, in Nashua, to parents Ronald and Betty (Frost) Miller. He was the husband of Sharon Major Miller. They were married on Octoer 1, 2019, in Berlin, NH.
Arthur attended Conval High School, in Peterborough, NH. Like any true New Englander, he enjoyed watching the Patriots, Red Sox, and Bruins games. The Star Speedway in Epping, NH and The Hudson Speedway, in Hudson, NH, were some of his favorite destinations. In his downtime, he enjoyed spending time with his family.

Arthur is predeceased by two infant brothers, a sister Gaylene McGowen, a niece and a nephew.

Arthur is survived by 6 children, Joseph Miller of Indiana, Richard Miller of Milford, NH., Michael Leclerc of Nashua, NH., Kevin Leclerc and spouse of Milford, NH., Kelly Leclerc of Nashua and, Kenneth Leclerc and spouse of Derry, NH., sisters Helena Miller of Nashua, Noreen and Tim Millard, of Nashua, Shelly and Ken Ashley of California, Susan Boulerisse and spouse of Ohio, and brother Raymond and Mary Boulerisse of Bedford, NH. Arthur also leaves behind his grandchildren, several nieces, nephews, and cousins, aunts and uncles.
Services: Services will be private and held at the convenience of the family. The Davis Funeral Home, 1 Lock St., Nashua NH., 03064, has been placed in charge of arrangements. (603) 883-3401 “ONE MEMORY LIGHTS ANOTHER.”