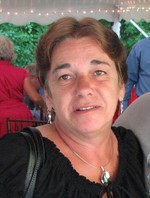 She was a graduate of Alvirne High School in Hudson, NH and worked at Brockway Plastics in Nashua, NH. She then worked delivering several early morning newspapers in the Nashua area, including The Wall Street Journal, Union Leader, and The Nashua Telegraph, which she enjoyed as it gave her the rest of the day to pursue other things. Later in her life she went to work for Caro Properties as an Office Administrator in Nashua, NH, for several years until her retirement. Prior to starting her work career, she was a homemaker.

Brenda was crafty and would spend time selling her homemade goods at fairs, loved her BINGO nights, and spending time at the beach on those hot summer days. She spent quality time with her beloved grandchildren taking them to the park and attending various school and sports functions. Brenda was a kid at heart, always finding mischief and looking for a good laugh. There is a reason why Tweety Bird was her favorite character.

In addition to her parents, she is predeceased by her infant son Brian Ray Gagnon, her daughter, Jody Rae Gagnon, her infant sister Althea Fogg, her brothers Philip Fogg, Jr., James Fogg, and Kevin Fogg and his wife Linda, her sister Janice Morand, brother-in-laws, Paul, Donald, and Robert Gagnon, sister-in-law, Caroline Pinard, and paternal grandmother, Katherine Ricker with whom she lived with as a child.

SERVICES: Visitation will be held 12-3 pm on Saturday, June 4, 2022, at Davis Funeral Home, 1 Lock St, Nashua, NH 03064, with a Funeral Service held at the end of visitation. Relatives and friends are respectfully invited to attend. Burial will be held at Woodlawn Cemetery, Nashua, NH, at a later date and at the convenience of her family. (603)883-3401 “ONE MEMORY LIGHTS ANOTHER.”