To share your memory on the wall of Britt Olszta, sign in using one of the following options:

Britt was born in Säbrå, Sweden on September 15th, 1925 to parents Sigurd and Dagmar (Hagström) Helleberg. She grew up in Härnösand, Sweden with her father, three brothers Jan (Nalle), Berndt (Burre), and Lars, two sisters Dagmar and Karin, and stepmother Maja (Andersson) after her mother passed away when she was age 4. Britt trained as a dietician in Uppsala, Sweden and worked in several institutions throughout Sweden before moving to Pusan, Korea to work as a dietician and food service director in the Swedish Red Cross Hospital supporting U.S. soldiers in the post-Korean war effort. In Korea, she met her husband to be, Edward W. Olszta, an officer and B-29 aircraft navigator in the U.S. Air Force. Britt and Edward were married in Stockholm, Sweden in 1956 and were together for 28 years, living in Paris, France, St. Petersburg, FL, and then finally Nashua, NH until 1984 when Edward passed away. Britt worked for a period of time for the NH Cooperative Extension helping and teaching young mothers how to make healthy meals for their families and beginning in 1972 Britt became the cafeteria Director of the Hudson, NH school district food service. Britt was very proud of her employees and the success of the school lunch program under her 30-year guidance.

Britt loved Swedish baking, classical music, international travel, and doing a wide-variety of activities with her two grand-daughters Angela and Jessica. Later in life she greatly enjoyed learning to horseback ride. She was well-known for her love for animals and was an active member in several animal protection organizations working as an advocate for animal welfare. She often participated in public demonstrations and handed out literature against fur trapping equipment and techniques, lab animal vivisection, and all forms of animal cruelty.

SERVICES: A walk through Visitation will be held at The Davis Funeral Home, One Lock Street, Nashua NH., on Thursday, August 20th, 2020 from 6:00 to 8:00 PM. A committal and burial service will be at Edgewood Cemetery 107 Amherst St, Nashua, NH on Monday, August 24th at 11:00 AM. Family and friends are invited to attend while observing social distancing and mask mandates. In lieu of flowers, donations may be made in Britt’s honor to the NH Animal Rights League through their website at https://nhanimalrights.org/ or by mail at; NH Animal Rights League, Inc. PO Box 4211, Concord, NH 03302-4211. The Davis funeral Home has been placed in charge of arrangements. An online guest-book is available at http://davisfuneralhomenh.com (603) 883-3401 “ONE MEMORY LIGHTS ANOTHER.”

To send flowers to the family or plant a tree in memory of Britt A. Olszta, please visit our Heartfelt Sympathies Store.

Receive notifications about information and event scheduling for Britt

We encourage you to share your most beloved memories of Britt here, so that the family and other loved ones can always see it. You can upload cherished photographs, or share your favorite stories, and can even comment on those shared by others.

Dave G sent flowers to the family of Britt A. Olszta.
Show you care by sending flowers

Posted Aug 23, 2020 at 09:30pm
"Britt was a true friend to the animals," said former a president of the NH Animal Rights League the other day when learning of Britt's passing. I wholeheartedly agree. Britt was my colleague in arms for the animals. She was there before me being one of the pioneers for animal rights. I came along later and we became friends. I miss those days Britt, and through our work the animals are seeing better days. It will continue to happen, and I hope you can see the progress from up there.
Comment Share
Share via:
HS

Flowers were purchased for the family of Britt Olszta. Send Flowers

Posted Aug 21, 2020 at 07:29pm
I joined the Animal Rights League after Britt was active but have heard from others about what a fine person she was and how deeply she cared about animals.
Comment Share
Share via:
DG

Posted Aug 19, 2020 at 01:43am
Jessica and Family, wish I could be with you to celebrate Britts' lifetime of good works and strong family ties.

Posted Aug 18, 2020 at 11:14pm
Thinking of you and your family as you go forward in life with the memories you hold so dear of your grandmother. 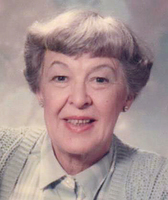