To share your memory on the wall of Charles Lytle, sign in using one of the following options:

Chuck earned his BS in Business Administration 1965. He served in the Army Reserves doing his basic training at Fort Leonard Wood, Missouri in 1968. He began his career in the paper industry at Westvaco selling fine paper, then moved on to 3M, and then Air Products and Chemicals. He loved working in the paper industry, especially with the people in all facets and at all levels of that industry. He was active in paper organizations, TAPPI and PIMA, and earned several “Salesman of the Year” awards. He loved people, sales and sports - and if you could combine them - all the better.

Around 1973 he moved to Nashua, and started to work for 3M. He joined the Nashua Swim and Tennis Club, and it was there in 1977 that he would meet Diana Gregg. They were married in December of that year in Hollis, NH and have enjoyed 42 1/2 years of marriage. Chuck was always planning and organizing both in business and recreation. When Diana had a school vacation coming up he could fit lots of sights, fun, and friends into that short time Soon after marriage they purchased a small place on Lake Winnipesaukee and it was there they enjoyed sailing, swimming, and in the winter cross-country skiing.

Whether at work, play, watching sports, vacationing, or just relaxing, Chuck always liked to be around people. He had many friends from his school days, work and here in Nashua. He always made it a point to keep in touch.

He is predeceased by his niece Michele Evans Christy, his brother in law Terrence Flood, and sister in law Kathi Flood McMullen. He is survived by his wife, Diana, his stepson, J. Jefferson Gregg, daughter in law Valerie, two grandchildren, Nicholas and Mia Gregg, his sister, Karen Evans, niece, Marsha Evans, and brothers in law, Kenneth Flood and Daniel McMullen. He is also survived by his Aunt Doni and Uncle Glenn Peters, aunt Barb Peters, several cousins, nieces and grand nieces, and many other Peters, Lytle, Flood, McMullen and Christy family members.

The family wishes to thank The St. John Neumann “Day Away” Program, the staff at Bridges by Epoch and Home Health and Hospice and the staff at GPU and Fuller Units at Elliot Hospital, Manchester. Thank you to all our wonderful neighbors and friends who spent time with Chuck and brightened his days. In addition, a Special Thank You to all the staff at the 99 Restaurant, St. Laurent St., Nashua and the many regulars who made Chuck’s journey with Alzheimer’s a more pleasant one.

Chuck is being cremated and his remains will be interred with his parents in Canton, NY - always “home” for Chuck. There will be a memorial service in Canton, NY and one in Nashua, NH later in the spring. Those who wish to make a donation to the Alzheimer’s Association in Chuck’s name may do so at ALZ.ORG. The DAVIS FUNERAL HOME, One Lock St. Nashua, NH has been placed in charge of arrangements. An online Guest book is available at www.davisfuneralhomenh.com (603-883-3401) “ONE MEMORY LIGHTS ANOTHER”.
Read Less

To send flowers to the family or plant a tree in memory of Charles Walter "Butch" Lytle, please visit our Heartfelt Sympathies Store.

Receive notifications about information and event scheduling for Charles

We encourage you to share your most beloved memories of Charles here, so that the family and other loved ones can always see it. You can upload cherished photographs, or share your favorite stories, and can even comment on those shared by others. 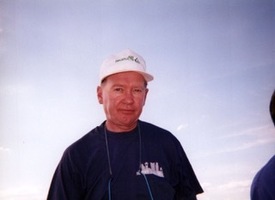 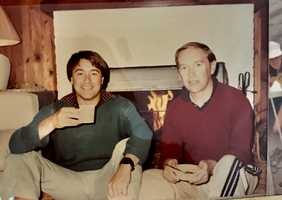