To share your memory on the wall of Charles Santos, sign in using one of the following options:

To send flowers to the family or plant a tree in memory of Charles Ralph Santos, please visit our Heartfelt Sympathies Store.

Receive notifications about information and event scheduling for Charles

There are no events scheduled. You can still show your support by sending flowers directly to the family, or planting a memorial tree in memory of Charles Ralph Santos.
Visit the Heartfelt Sympathies Store

We encourage you to share your most beloved memories of Charles here, so that the family and other loved ones can always see it. You can upload cherished photographs, or share your favorite stories, and can even comment on those shared by others.

Posted May 28, 2021 at 01:24pm
My sympathy to the entire family of Charlie. I had known Charlie for over 33 years and always held him with the deepest respect in friendship. I was most proud to have introduced him to Pauline and help to set the course for many years of happy marriage for the both of them. I am saddened by his passing but confident that he will join with our Lord in a well deserved paradise. God bless you Charlie. Rest in Peace.
Comment Share
Share via: 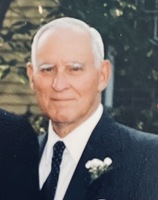