To share your memory on the wall of David Sharland, sign in using one of the following options:

To send flowers to the family or plant a tree in memory of David Langman Sharland, please visit our Heartfelt Sympathies Store.

Donations are being accepted for: Juvenile Diabetes Foundation (JDRF).

We encourage you to share your most beloved memories of David here, so that the family and other loved ones can always see it. You can upload cherished photographs, or share your favorite stories, and can even comment on those shared by others.

Posted Jun 25, 2020 at 08:13am
I worked with David in the Tool Engineering Office from 1961 thru 1966 when I left on maternity leave. He had an office in the back of the room along with Henry Szulc, Art Vidoli and Walter Huska. Tool Designers and Engineers made up the rest of the office. I remember Dave as being a hard-working, quiet man who was easy to get along with. Being a high school graduate, just starting working at GE, I was very naive and nervous about my first job. Dave knew that and was very patient with me. I spent a wonderful five years in that office and became life long friends with Pat T. She and I still remain friends. My sincerest condolences on your loss. He was a fine Man. 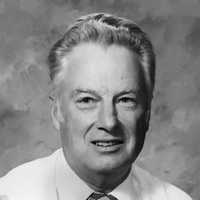