To share your memory on the wall of Dennis Murray, sign in using one of the following options:

Provide comfort for the family by sending flowers or planting a tree in memory of Dennis Murray.

Provide comfort for the family of Dennis Murray with a meaningful gesture of sympathy.

He was the beloved husband of Dolores Louise Murray. They were married on November 14, 1981, at their home on Manchester Street, Nashua, NH.

Dennis attended Mt. Pleasant elementary school, where he lived behind Jeannotte’s Market and his best friend was Gertrude, of course, because she was the ice cream queen. He attended Spring Street Junior High, and Nashua High School. He loved high school because he was often pulled out of class by his teachers to fix their cars! His love of cars and trucks began in the barn on his Manchester Street residence and so did his nickname “Dennis the Menace.” His first real job was with his mentor and beloved and respected friend Frank Maffee who owned and operated Maffee’s Garage. His journey continued and his love of the open road became his solace in life. From McLaughlin Mayflower to Fimbel Door, to the towing business in 1972 where he later incorporated his business in 1982 with his wife “Louie”, his best friend Curt Todis and Michael Guilbeault to D & R Towing . During this time, Dennis started the Nashua Towing Association which became the contracted group for towing for the Nashua Police Department. Michael Guilbeault presently owns and operates D & R Towing.

His itch to get back on the open road began with his longtime friend and neighbor Jack Rose. He bought a tractor and began hauling wood chips. After that venture, he contracted to R & M Leasing and began hauling beer for Budweiser. He was then offered a job at Law Motor Freight where he worked until 2000. Unfortunately, he sustained a severe lower back injury and shortly thereafter began his journey as a medical wonder and fighter. After 4 years of back surgeries, he had shift focus as a truck driver and became a school bus and charter driver for First Student transporting his precious cargo!

Unfortunately, he was diagnosed with stage 4 lymphoma, underwent cancer treatments and had to give up bus driving. Once his immune system built up, he went back to First Student and retired at the age 76 years young! He is now resting in peace and is probably the head of God’s limo service!

Dennis’ love of sports began as a child. His father “Bob” Murray was a scout for the Boston Red Sox, thus his love of baseball. Race cars became a passion. As a teen, Dennis and his best friend Richard Blais attended numerous car races all over the Northeast and all televised events. He enjoyed the New England Patriots and loved country music, attending many live concerts. Last, but not least, was playing horseshoes, whether at one of his outdoor cookouts or any family cookouts or gatherings.

In addition to his wife Louise, survivors include his daughter Donna Henderson (Brian) and grandson Joshua Gordon, and his wife’s son and daughter-in-law, Nelson and April Todis whom he loved and regarded as his children, and his granddaughter, Hailey Todis; brothers-in-law and sisters-in-law, Lou and Bonnie Janelle, Jean and Cindy Janelle, Ernie and Fran Carey, Richard and Patricia Donovon, Marie Barnes, Gary and Noella Peters, Travis and Alice Williams, Bernie Janelle and Cindy Hearing; numerous nieces and nephews, and many special friends.

SERVICES: A walk-through visitation will be held on Friday, March 19 from 4 – 8 p.m. at Davis Funeral Home, One Lock Street, Nashua. Due to COVID restrictions all guests entering the funeral home will be required to wear face masks and follow social distancing. The funeral service will be held at 11:00 a.m. on Saturday, March 20 at Edgewood Cemetery, Nashua.

To send flowers to the family or plant a tree in memory of Dennis Edward Murray, please visit our Heartfelt Sympathies Store.
Read Less

Receive notifications about information and event scheduling for Dennis 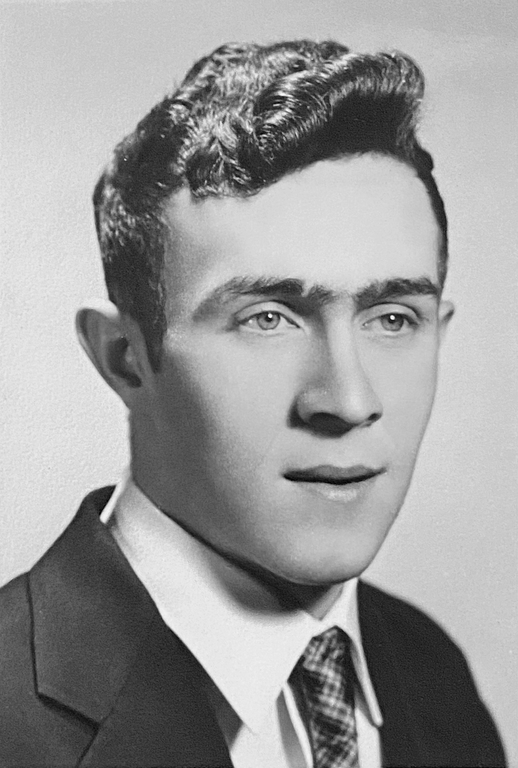 We encourage you to share any memorable photos or stories about Dennis. All tributes placed on and purchased through this memorial website will remain on in perpetuity for generations.

Miner Family, Steve, Monica, Gabby, Celine and Isabel, and other have sent flowers to the family of Dennis Edward Murray.
Show you care by sending flowers
Hand delivered by a local florist

Miner Family, Steve, Monica, Gabby, Celine and Isabel, and other have sent flowers to the family of Dennis Edward Murray.
Show you care by sending flowers
Hand delivered by a local florist
KD

Our sincerest sympathy to you Louise on your loss of Dennis. He was a great man and friend to all who knew him. He is at peace now. He will live on in your heart forever and will be watching over you ♥

Sending our love and prayers with deepest sympathy.

We are very sorry for your loss, Auntie Louise. Uncle Dennis will be missed. Thinking of you and sending lots of love.