To share your memory on the wall of Diab Eid, sign in using one of the following options:

Provide comfort for the family of Diab Eid with a meaningful gesture of sympathy.

Print
Diab Eid, 85, of Nashua died on January 30, 2020 at Dartmouth Hitchcock Medical Center in Lebanon, NH.
He was born on August 13, 1934 in Baykoun, Lebanon son of the late George and Mounira Eid.

Diab was employed as a math teacher... Read More
Diab Eid, 85, of Nashua died on January 30, 2020 at Dartmouth Hitchcock Medical Center in Lebanon, NH.
He was born on August 13, 1934 in Baykoun, Lebanon son of the late George and Mounira Eid.

Diab was employed as a math teacher for 33 years at Pere Carmes School in Lebanon. After immigrating to the United States in 1987, Diab worked as an accountant for Berkshire Realty Group in Boston, MA for 15 years.

In his free time, Diab enjoyed watching wrestling TV shows, going to the casino and playing slots. He also enjoyed spending time with his beloved grandkids. Diab also loved gardening. He always had a vegetable garden growing whether it was in Lebanon or in the United States. He also loved to play cards with his sons and his son’s friends once a week at least and this was often the highlight of his week.

To send flowers to the family or plant a tree in memory of Diab Eid, please visit our Heartfelt Sympathies Store.

Receive notifications about information and event scheduling for Diab

We encourage you to share your most beloved memories of Diab here, so that the family and other loved ones can always see it. You can upload cherished photographs, or share your favorite stories, and can even comment on those shared by others.

The Nabih Ellakkis Family, Rayna and Sam, and others have sent flowers to the family of Diab Eid.
Show you care by sending flowers

Posted Feb 02, 2020 at 03:56pm
Please accept our most heartfelt sympathies for your loss... Our thoughts are with you and your family during this difficult time.

The Nabih Ellakkis Family purchased flowers and planted a memorial tree for the family of Diab Eid. Send Flowers

Rayna and Sam purchased flowers for the family of Diab Eid. Send Flowers

Posted Jan 31, 2020 at 05:35pm
Our Deepest Condolences for your loss, May he rest in piece with our savior Jesus Christ. 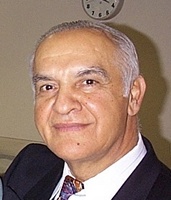 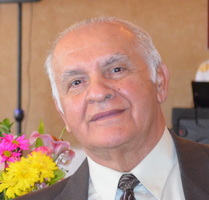