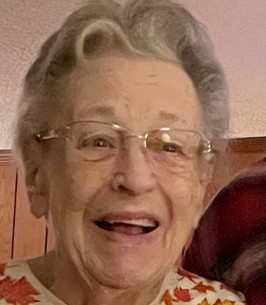 Diana E. (Bardsley) (Shiebler) Scott, 87, of Hudson, NH, formerly of Wildwood, FL, passed away peacefully on May 8, 2022 after a period of declining health with her loving family by her side.

Diana was born at the family camp in Warren, NH, on February 16, 1935, the daughter of James H. Bardsley Sr, & Thelma L. (Bancroft) Bardsley. Raised in Hudson, NH, she graduated from Alvirne High School where she excelled at sports, sang in the Glee Club, and played clarinet in the Band. She was an avid seamstress and quilter throughout her years and adored using her 1955 Singer sewing machine which she kept in immaculate condition. In her later years, she lovingly made unique quilts for each of her 13 great grandchildren.

She moved to a senior community in Wildwood, FL in 1988 where she enjoyed golf, swimming, dancing, karaoke and fresh grapefruit from the tree in her front yard. Diana returned to Hudson NH in 2007 to be closer her children, grandchildren, and great grandchildren. She loved to shop for fabric and satisfy her appetite for New England seafood (especially lobster) whenever possible. But she also spent plenty of time on the phone keeping in touch with her friends in Florida and elsewhere around the country. The highlight of each year was attending Old Home Days in Warren, NH where she visited with cousins and delighted in the festivities including fireworks, food, the colorful parade and just relaxing at the family camp which her father built. She will be remembered for her quick wit and great sense of humor.

SERVICES: According to her wishes, services will be private. The family will announce opportunities to “celebrate” her life at a later date. Arrangements in care of the DAVIS FUNERAL HOME, 1 Lock St., Nashua, NH 03064. An online guestbook can be found at www.DavisFuneralHomeNH.com (603)883-3401 “ONE MEMORY LIGHTS ANOTHER”.