To share your memory on the wall of Donald Lemoine, sign in using one of the following options:

Provide comfort for the family by sending flowers or planting a tree in memory of Donald Lemoine.

Provide comfort for the family of Donald Lemoine with a meaningful gesture of sympathy.

Donald Paul Lemoine, 88, of Nashua passed away after a lengthy illness. He was born on November 16, 1932 in Lowell, MA, son of the late Albertine (Dennell) Lemoine and Arthur Lemoine Sr.

Donald began learning Piano at age 7, when his lov... Read More
Donald Paul Lemoine, 88, of Nashua passed away after a lengthy illness. He was born on November 16, 1932 in Lowell, MA, son of the late Albertine (Dennell) Lemoine and Arthur Lemoine Sr.

Donald began learning Piano at age 7, when his love of music began. His father took him to the Boston School of Arts where he took lessons twice a week. Much of his musical background and classical music from Eva Laquin from the years 1940 – 1946.

Donald was a 1950 graduate of Lowell High School. After high school, Donald enrolled in the Navy in 1951 and fought in the Korean War, part of the USS Gainard DD-706 and reserve unit for a total of 8 years. While serving in the Engine room as a mechanic, Donald was heard playing Piano. Due to his musical talent, he was removed from the engine room and began playing piano for the Sunday Service aboard the ship. From that day on he never stepped foot back in the engine room, he was now the chaplains’ assistant. Due to his musical talent, Donald was awarded 3 months of musical training which he received from the Navy. Following his service, Donald worked for the Nashua Police Department for 22 years. While serving on the Nashua Police Department, Donald was part of a popular band from the city of Lowell, MA. He would often have band practice at home with his children present to enjoy his beautiful music. He was awarded outstanding policeman and was promoted to the Criminal Division. Due to his love of music, Donald left the police department and began working for himself as a pianist, Tuner, and Technician. Donald played as organist for 22+ years at St. Patrick’s Church in Nashua.

Besides his parents, Donald is predeceased by his previous spouse Estelle (Caron) Lemoine who passed in 2007, his son-in-law David (Bear) Dionne of Nashua, his sister-in-law Pauline (Paquette) Lemoine, his brother Arthur Lemoine Jr., his sisters Helen McGinnis and her husband James McGinnis and Margaret (Lemoine) Garrity and Eddy Garrity, his mother-in-law Madeline Caron, his brothers-in-laws Raymond Caron and his wife Connie Caron and Delphis Caron, his sister-in-law Elaine (Caron) LaChance and Henry LaChance. He also was predeceased by his brother-in-law Richard Gilbert and spouse Gloria (Caron) Gilbert and his nephew David Lemoine.


Survivors include his wife Joan Lemere-Lemoine of Nashua, his children: Larry Lemoine Sr. of Nashua, Theresa (Lemoine) Dionne of Nashua, and Leonard Lemoine and his wife France of Nashua. He also leaves behind 3 step children: Diana, Lorie, and David along with 7 grandchildren, and 7 step-grandchildren. He is also survived by 3 great grandchildren. Donald leaves behind his sister-in-law Alice Lemoine of Largo, FL his brother Bernard Lemoine and his wife Jane of Nashua and Fort Pierce, FL as well as Rena (Caron) Boissonneault and her husband Paul, and Marguerite Labrie-Caron. He has many nieces and nephews throughout the area.

SERVICES: A walk through visitation will be held on Monday April 12, 2021 from 6-8 pm at the Davis Funeral Home, 1 Lock St., Nashua, NH 03064. A Funeral Mass will be held on Tuesday April 13, 2021 at 9:30 am at St. Patrick’s Church, 29 Spring St., Nashua, NH 03060. Following the Funeral Mass, interment will take place at St. Louis Cemetery 752 W. Hollis St., Nashua, NH 03062. Family and friends are invited to attend. Due to covid, those in attendance will be required to wear a mask as well as follow social distance guidelines. The DAVIS FUNERAL HOME, One Lock St., Nashua has been placed in charge of arrangements. An online guest book is available at www.davisfuneralhomenh.com, (603-883-3401) “ONE MEMORY LIGHTS ANOTHER”.

To send flowers to the family or plant a tree in memory of Donald Paul Lemoine, please visit our Heartfelt Sympathies Store.
Read Less

Receive notifications about information and event scheduling for Donald 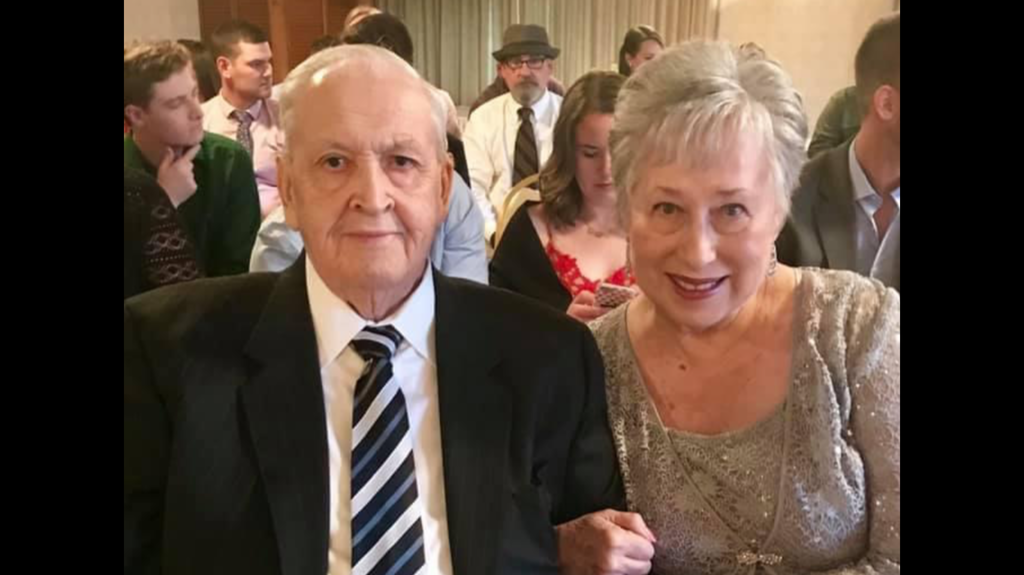 We encourage you to share any memorable photos or stories about Donald. All tributes placed on and purchased through this memorial website will remain on in perpetuity for generations.

LeeAnn & Wayne Standley purchased the The FTD Faithful Blessings Bouquet for the family of Donald Lemoine.
Order Now | Show All
Comment | Share Posted Apr 12, 2021 at 11:57am via Floral Arrangements
HS

With deepest sympathy and many thoughtful memories, The Nagus and Natale Family

The FTD Exquisite Tribute Standing Spray was purchased and planted a memorial tree for the family of Donald Lemoine.
Order Now | Show All
Comment | Share Posted Apr 11, 2021 at 12:04pm via Floral Arrangements
KR

Donnie played organ and piano for us at his home in FL. I could have listened to him for hours. He also graciously played for the community as a special favor to me. He always played with such joy. I am priviledged to have experienced his incredible gift. I will always remember Don smiling and sitting at the keys. Rest in peace my friend.
Comment | Share Posted Apr 10, 2021 at 06:55am via Condolence
DA

I worked with Don with Nashua PD.
A great Policeman and gentleman.
Rest In Peace.
Comment | Share Posted Apr 09, 2021 at 12:00pm via Condolence
MM

Blessed in the sight of the Lord is the death of his saints. Condolences to Larry and his family.
Comment | Share Posted Apr 09, 2021 at 11:30am via Condolence