To share your memory on the wall of Elaine Ethier, sign in using one of the following options:

Provide comfort for the family by sending flowers or planting a tree in memory of Elaine Ethier.

Provide comfort for the family of Elaine Ethier with a meaningful gesture of sympathy.

Elaine was a graduate of Nashua Senior High School and the University of Wisconsin-Madison School of Banking. Her professional career, spent in banking, included her positions at Bank of NH and later Nashua Trust Company, from where she retired as an Assistant Vice President of Operations.

Elaine and her husband enjoyed travelling, including trips in the United States and Europe. They spent several winters at The Villages in Florida along with many of their friends from Nashua. In addition to travelling, Elaine and her husband were avid golfers, curlers and card players, as members of the Nashua Country Club. She also loved to entertain and enjoyed cooking for her family and friends.

Elaine is survived by her children Michael Ethier and his wife Janine, Linda Garner and her husband Robert, and Michelle Raczek and her husband Stefan; grandchildren including Glenn Garner (Melanie), Amanda Burgess, Kerry Varley (Adam), Jessica Dunlap (Jake), Katie Ethier, Elisabeth Raczek, and Christopher Raczek. She is also survived by nine great grandchildren. In addition, Elaine is survived by a special niece, Karen Fenn with whom she enjoyed traveling, as well as, with several other nieces and nephews.

Elaine’s family would like to extend sincere gratitude to the staff at the Hunt Community in Nashua, where Elaine resided in both independent living and nursing care prior to her passing. She received great care, especially this last year during a difficult time.

A small graveside burial will be held at St. Louis de Gonzage Cemetery on December 1, 2020, at 11:00 a.m. In lieu of flowers, the family requests donations be made in Elaine’s memory to The Salvation Army, 1 Montgomery Avenue, Nashua, NH 03060.

Receive notifications about information and event scheduling for Elaine 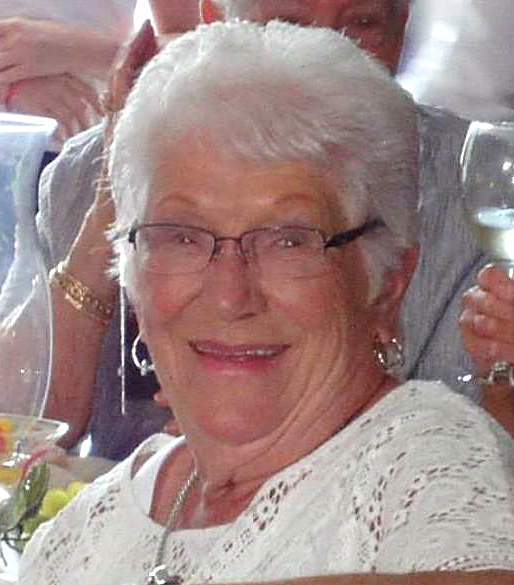 We encourage you to share any memorable photos or stories about Elaine. All tributes placed on and purchased through this memorial website will remain on in perpetuity for generations.

We encourage you to share your most beloved memories of Elaine here, so that the family and other loved ones can always see it. You can upload cherished photographs, or share your favorite stories, and can even comment on those shared by others.