To share your memory on the wall of Elsie Foote, sign in using one of the following options:

Print
Elsie Catherine (Perrault) Foote, age 82, passed away peacefully on December 3, 2020 in her home in Nashua, NH. She was born July 24, 1938 in Brooklyn, New York, the daughter of Fred and Elsie (Nemecek) Perrault.

She was the wife of Jose... Read More
Elsie Catherine (Perrault) Foote, age 82, passed away peacefully on December 3, 2020 in her home in Nashua, NH. She was born July 24, 1938 in Brooklyn, New York, the daughter of Fred and Elsie (Nemecek) Perrault.

She was the wife of Joseph Andrew Foote Sr. They enjoyed 44 years of marriage before his passing on May 21, 2002.

After graduating high school, she went on to take on the very full-time job of being a loving wife and mother to 10 children. She also worked for many years as an office administrator. When she had spare time, she enjoyed crafts, word puzzles, and thrift shopping. She was a faithful Jehovah’s Witness, attending meetings twice a week while she was able to.

Besides Elsie’s husband, she is predeceased by her son, Joseph A. Foote Jr., and her brother Fred Perrault, as well as four sisters, Eileen Kowalski, Mildred Lehman, Theresa Gervais, and Lorraine Perrault

Elsie is survived by her children, Sharon and Ronald Bernard of Nashua, Susan and George Winslow of Lyndeborough, Debra and Carl Provencal of Hudson, Linda Leighton of Hillsborough, John and Janna Foote of Boscawen, Sandra Foote of Nashua, David Foote of Hillsborough, Allison and David Arsenault of Loudon, and Gail Heather and Taylor Lupien of Derry. She is also survived by her brother, Arthur Perrault. 30 grandchildren, 44 great-grandchildren, and 1 great-great-grandchild, as well as many nieces and nephews.

SERVICES: A graveside service will be held at Gibson Cemetery in Pelham, NH on Saturday, December 12, 2020 at 1:00pm. Family and friends are invited to attend with masks and social distancing. Those who wish to make a memorial contribution in Elsie’s loving name, may do so to Home Health and Hospice, 7 Executive Park Dr, Merrimack, NH 03054, or visit them online at https://www.hhhc.org/ The Davis Funeral Home, 1 Lock St., Nashua NH., has been placed in charge of arrangements. (603)883-3401 “ONE MEMORY LIGHTS ANOTHER.”
Read Less

To send flowers to the family or plant a tree in memory of Elsie Catherine Foote (Perrault), please visit our Heartfelt Sympathies Store.

Receive notifications about information and event scheduling for Elsie

We encourage you to share your most beloved memories of Elsie here, so that the family and other loved ones can always see it. You can upload cherished photographs, or share your favorite stories, and can even comment on those shared by others.

Posted Dec 13, 2020 at 04:45am
Today was the hardest thing I had to do in my life. So many years ago I was lost when daddy left because he always made me feel like I was his baby girl. It wasn't until that happened that I appreciated how much you meant to me. You always loved unconditionally, gave forgiveness when it wasn't necessarily due, AlWAYs was there for those who constantly let you down. A true pillar of a goddess.... There aren't appropriate words to sum up just how special or loved you were. The glue, the rock, that beautiful smile, or that nagging voice (with best of intentions) we lost a beautiful soul... God Inherited a beautiful Angel. Be at peace without pain and enjoy your paradise with that silver haired daddy of mine ..forever in my heart. Forever in my soul. I love you both like no other.. I wish peace and eternal happiness for you both....and those you left behind.. 🙏
Comment Share
Share via:
A

Posted Dec 10, 2020 at 07:31pm
I miss you so much grams.. you were the first person I saw in morning and last person at night. I will forever cherish the time we had.. I love you and hope you’re smiling wherever you are..
Comment Share
Share via:
HL

You and Dennis will always have a place in my heart for all that you did for my mom. Not that shi#@ needed extra credit...She has always had a place more special than most in mine and my parents hearts. Forever grateful...never forgotten.

Posted Dec 10, 2020 at 07:16am
I love you Grandma... Thank you for loving me and my kids... They loved you soooooo much... I'm not sure how to even tell them yet... Evan is going to be really upset when he does finally know, he asks about you a lot... We will never forget you, you were one of the greatest people I've known in my life... Rest In Peace, I miss you...
Comment Share
Share via:
SB

Posted Dec 07, 2020 at 03:40pm
My heart aches ....we were all so lucky to have her around for so long after grandpa....I used to be so close to grandma-when I was close to my father(her son)-and I regret not keeping that closeness for over a decade...she never judged no matter how disappointing your story....she never had hate in her heart that I ever saw.....she created a very large family that extends past 100....I believe her only wishes were to be united with her beloved and son/family again in the kingdom of heaven and maybe even her family to be once again reunited ......we all lost a powerful and loving woman-who held thru the worst of days and health scares.....
Watch over us all grandma....lord knows most of us still need your guidance and love...forever will you be missed and loved ALWAYS.....I regret not sticking by for so long...or seeing you at the last days....I’m so sorry.....rest without pain now...give grandpa a hood joke for me🦋💔
Comment Share
Share via: 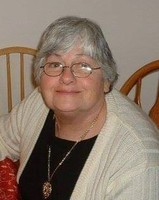 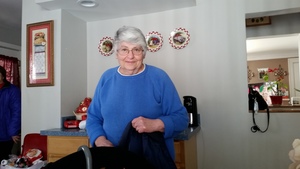 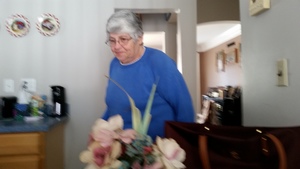 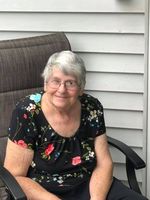