To share your memory on the wall of Emerson Hovey, sign in using one of the following options:

Emerson Attended Harvard, getting a BS in Chemistry, then worked as a chemist at BB Chemical (later Bostik) his entire career.

Emerson and Nancy Carson (deceased) were married over 60 years. They lived in Wayland, where they had Carson and Valerie. They moved to Nashua, to be near their grandchildren.

Emerson shared a family cottage on Martha’s Vineyard which his grandmother bought, with his sister Evelyn Hovey Baker (deceased). They had many happy memories of large family gatherings.

Services: Services will be private and held at the convenience of the family. Memorial donations can be made to: Brigham and Women’s Hospital, Development Office, 116 Huntington Ave, 3rd floor, Boston, MA 02116; giving.brighamandwomens.org/donate. The Davis Funeral Home has been placed in charge of arrangements. (603) 883-3401 “ONE MEMORY LIGHTS ANOTHER.”


The following is a transcript of an interview of Emerson, done by a family member:

To send flowers to the family or plant a tree in memory of Emerson Bradbury Hovey, please visit our Heartfelt Sympathies Store.

Receive notifications about information and event scheduling for Emerson

There are no events scheduled. You can still show your support by sending flowers directly to the family, or planting a memorial tree in memory of Emerson Bradbury Hovey.
Visit the Heartfelt Sympathies Store

We encourage you to share your most beloved memories of Emerson here, so that the family and other loved ones can always see it. You can upload cherished photographs, or share your favorite stories, and can even comment on those shared by others. 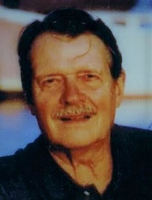