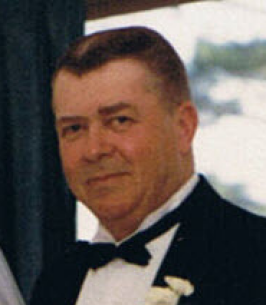 Gerald T Clifton, 87, died on August 30, 2022, with his daughter Kathy at his side. He was born in New York City, April 24, 1935, adopted as an infant and raised in Glen Head, New York. He served 8 years is the US Navy Reserves and then met and married the love of his life Marie Maravalli. Together they raised a large family with many children, grandchildren, and great grandchildren.

Jerry loved and lived life to the fullest. He was an avid sports fan (go Yankees), and coached both youth and adult baseball teams, leading them to many national titles. He loved music and especially Drum and Bugle Corps and was honored to march with the 27th Lancers at Gillette Stadium in Foxborough, MA. He was proud of his German heritage and traveled to Germany many times to experience a true Oktoberfest. Jerry was a family man and was happiest spending summers on Squam Lake with all of his kids and grandkids.

Jerry is predeceased by his daughter Gerri Anne Crowley, and his sons Joseph, John, and Angelo. He is survived by his son Ronnie Cavese and his wife Kathy of Stuart, FL and his 5 daughters: Susan Cavese of Long Island, Gail Anzalone of Glen Head, NY, Debbie Graffeo and her husband Ken of Los Angeles, CA, Marie Sheehan and her husband Joe of Campton, NH and Kathy Delisle and her husband Russ of Northfield, NH, as well as many grandchildren and great grandchildren.
The family would like to thank Evergreen Place in Manchester, NH for the outstanding level of care he received in the last 5 years.

There will be a small service for immediate family members and a Celebration of Life to be held at a later date.