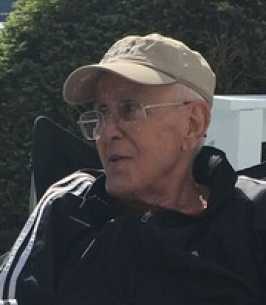 Gerard “Gerry” Dominick Scanzano died on Friday, June 17, 2022, at Community Hospice in Merrimack, NH after a brief illness. He was born in Brooklyn, NY on May 22,1930, the son of Michael Scanzano and Rosalie (Citarella) Scanzano.

He served in the army from 1950 to 1952. Despite his lack of formal education, he worked his way up to a successful career as a Purchasing Manager for a number of large and small companies, including Sperry, Lockheed, Dymographics, and Itek. His second act in retirement was as a school bus driver for the Derry School District for almost twenty years, and he was proud to be recognized as the Special Education Bus Driver of the Year. He loved sports, especially the New York Yankees, and had seen Babe Ruth, Mickey Mantle, and his hero, Joe DiMaggio, play at Yankee Stadium. He also had a passion for travel, and toured much of the United States, Canada, Europe, and central America, but his favorite place to visit was always New York City. Active in the NH Democratic party, he volunteered on the Barack Obama and Hillary Clinton presidential campaigns and was also a delegate to the NH Democratic state convention. Most of all, he loved his family, friends, and his community at the Hunt, who will dearly miss his boundless energy, Brooklyn stories, and relentless teasing.