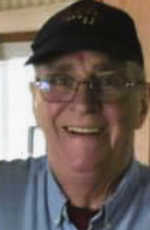 Hilaire “Eli” J. Morneau, 76, died on Tuesday, September 24, 2019 at Community Hospice House in Merrimack. He was born on August 15, 1943 in Ste-Perpetue, Quebec, Canada, son of the late Alphonse and Marie Louise (LeBlanc) Morneau.

He was the partner of Joyce Raguse.

He was employed with Hitchner Manufacturing for over forty years.

Hilaire was an avid sports enthusiast, especially of the New England Patriots. He enjoyed playing cribbage, traveling, dining out, spending time with his family.

Along with his parents, he was predeceased by his brother, Nazaire and two sisters, Jeanette and Olivette.

He is survived by his beloved partner, Joyce Raguse; his daughter, Denise Morneau of Milford; grandchildren, Cristi Koutalakis of Westford, MA, Nicholas Koutalakis of Nashua, Michael Charron of Milford; great-grandchildren, Asia, Cooper, and Luis; his siblings, Marcel, Marielle, Lucille, Marius, Jean-Marie, and Hervey all of Quebec, Canada; as well as several nieces and nephews.

SERVICES: Memorial Visitation will be held on Tuesday, October 1, 2019 from 6-7pm with a Service to be held at 7 pm. Family and friends are respectfully invited to attend.