To share your memory on the wall of James Bizier, sign in using one of the following options:

Provide comfort for the family by sending flowers or planting a tree in memory of James Bizier.

Provide comfort for the family of James Bizier with a meaningful gesture of sympathy.

His sense of humor was sharp and he was always quick with a story to tell that fit any occasion or conversation He was mindful to be present, to be here now, if not one step ahead: with his wit and wisdom, with his selfless love for his family, to whom he gave unconditionally... even in his passing, we are certain that in his own words he'd proclaim- he was "on time." even as he parted this earth unexpectedly on August 18th, 2020.

It's difficult to celebrate his light while morning his passing, but not impossible. His beautiful and dear wife Barbara of 49 years did both while he was here on earth! The ebbs and flows of a unity that long and that strong came with all the necessary bumps in the road. But at the end of every day, they never slept on each side of their bed regretting what had been said during the day. They made sure to teach their four loving boys that respect for one another is listening to one another and that apologies are best served when one is apologizing for the things they've said and done. Not blaming the other or apologizing for how the other felt, make no mistake, Jimmy "Biz" was flawed, but he made sure in order to evolve as a human it was his responsibility to confront his shadows face to face. His depth of character was limitless. He lived till the "shadow and light were one” His family knew this of his private relationship with God. A relationship that began during his seminary studies after high school from 1963-1967.

Born James Michael Bizier in Pawtucket, RI on June 4th, 1944, to his late Mother, Mary Ortiz and his late Father, Phillip Raymond Bizier, he grew up with four siblings, his brother's, Phil and Robert and sister's, Elaine and Patricia, in Rehoboth, MA. and Pawtucket, RI.

"Jimmy" was and still is one of Rhode Island's most celebrated and accomplished high school athletes. A track and field star, a medaled diver and a fleet footed football running back as well as a three-time Triple Crown winner in baseball, he was drafted by the California Angels farm system with an open invite to play but decided to follow his heart and attend seminary studies. Jim eventually went on to join the United States Army where he was granted a Top Security Clearance for his work in Morse Code. It was in the Army, while stationed at Fort Devens, MA that he met his soul mate, Barbara Adeline Poston. The two were inseparable and formed an unlikely Hollywood script love that saw its way across three continents while raising four boys.

Upon leaving active Military Duty in 1980 and becoming a reservist in the US Army, Jim and Barbara moved their family to Hollis, NH where they lived happily up till his passing. They raised their family, post military, while each worked minimum wage jobs full time in the early eighties. Jim eventually putting himself through school to become a master plumber and Barbara becoming a human resource coordinator at the first job she landed then at Alexander's, now Hannaford shopping stores.

Jimmy Biz never abandoned his love of baseball and one needs to look no further than his devotion to teaching his four boys the art of our Nation's favorite pastime. He was all four of his boy's coaches from little league to babe ruth, accumulating many accolades and imparting wisdom to many young men and women along the way. He was a character while coaching, and his players were always ready to work hard at being their best.

In his non boastful yet enigmatic life he made everyone he met feel at ease and accepted. He made it his duty to make each day better than the last. For love is just that. A doing word.

Jim is now where he should be, on time, with his late son Brian, his mother and father, his late sister, Elaine, and his beloved mother in law, Muriel, He is survived by his lovely wife, Barbara, sons, James Jr. and his wife Louisa, Stephen and Andrew, along with his sister, Patricia and brother's Phil and Robert along with many loving grandchildren, nephews and nieces. Lots of peace and love, Biz. You were a one of one🖤

Services: Private services will be held at the convenience of the family. The DAVIS FUNERAL HOME, One Lock St., Nashua has been placed in charge of arrangements. An online guest book is available at www.davisfuneralhomenh.com, (603-883-3401) “ONE MEMORY LIGHTS ANOTHER”.

To send flowers to the family or plant a tree in memory of James M. Bizier Sr., please visit our Heartfelt Sympathies Store.
Read Less

Receive notifications about information and event scheduling for James 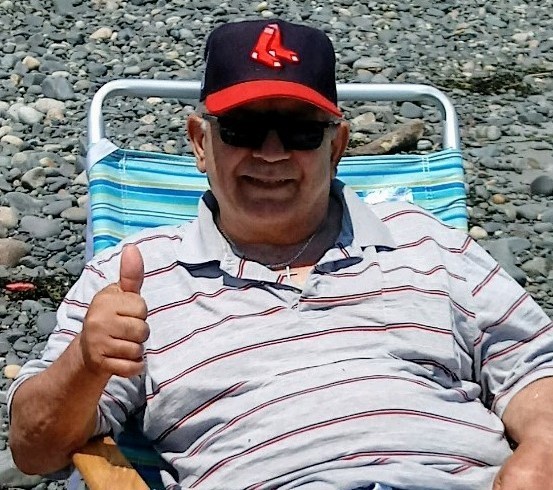 We encourage you to share any memorable photos or stories about James. All tributes placed on and purchased through this memorial website will remain on in perpetuity for generations.

Anthony, Amie, Gavin and Adam and Elizabeth, Alessandra, Bobby and Katie sent flowers to the family of James M. Bizier Sr.
Show you care by sending flowers
Hand delivered by a local florist

We are all so terribly sorry to hear the news. Him and Bruce are looking down on us all. We have so many fond memories of your entire family in York. Sincerest condolences.
Comment | Share Posted Sep 01, 2020 at 08:38pm via Condolence
AA

To the Bizier Family, we are sorry to hear of your loss. We are thinking of you and wishing you peace during this difficult time. The D’Ortona Family
Comment | Share Posted Aug 30, 2020 at 07:28am via Condolence
EK

Please accept our most heartfelt sympathies for your loss... Our thoughts are with you and your family during this difficult time.