To share your memory on the wall of Jeannette Levesque, sign in using one of the following options:

Print
Jeannette Theresa (Gagnon) Levesque, age 72, died February 2, 2021 at the Community Hospice House in Merrimack, NH. She was born October 28, 1948, and was the daughter of Wilfred and Theresa (Berthiaume) Gagnon.

She was married to the l... Read More
Jeannette Theresa (Gagnon) Levesque, age 72, died February 2, 2021 at the Community Hospice House in Merrimack, NH. She was born October 28, 1948, and was the daughter of Wilfred and Theresa (Berthiaume) Gagnon.

She was married to the late Paul R. Levesque, who was the proprietor of Nashua Truck Repair. They married May 8, 1971. They were married for 39 years until his passing on February 27, 2011.

While Paul was running his business, Jeannette ran the household and took care of their son, Russell. She was an avid reader and enjoyed crossword puzzles. Her guilty pleasure was watching Judge Judy and Judge Mathis in the afternoons, but most of all she enjoyed being a good mother and wife.

SERVICES: Services are to be private and held at the convenience of the family. The Davis Funeral Home, 1 Lock St., Nashua, NH., has been placed in charge of arrangements. An online guest-book is available at www.davisfuneralhomenh.com (603)883-3401 “ONE MEMORY LIGHTS ANOTHER.”
Read Less

To send flowers to the family or plant a tree in memory of Jeannette Theresa Levesque (Gagnon), please visit our Heartfelt Sympathies Store.

Receive notifications about information and event scheduling for Jeannette

There are no events scheduled. You can still show your support by sending flowers directly to the family, or planting a memorial tree in memory of Jeannette Theresa Levesque (Gagnon).
Visit the Heartfelt Sympathies Store

We encourage you to share your most beloved memories of Jeannette here, so that the family and other loved ones can always see it. You can upload cherished photographs, or share your favorite stories, and can even comment on those shared by others. 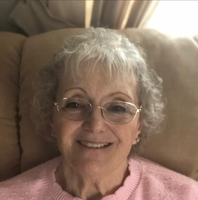