To share your memory on the wall of Jesse Fodero, sign in using one of the following options:

Provide comfort for the family by sending flowers or planting a tree in memory of Jesse Fodero.

Provide comfort for the family of Jesse Fodero with a meaningful gesture of sympathy.

He was born December 6, 1933 in Buffalo, New York. Son of the late Giovanni and Corona (Nero) Fodero, and the loving husband of Jane Fodero, of Nashua, NH.

He was born December 6, 1933 in Buffalo, New York. Son of the late Giovanni and Corona (Nero) Fodero, and the loving husband of Jane Fodero, of Nashua, NH.

He attended Bishop Timon High School and served in the United States Air Force from 1952 to 1956. He was stationed in Tripoli Libya and received the National Defense Service Medal. Upon returning home, he married Jane on October 20th, 1956 at Fourteen Holy Helpers church in West Seneca, NY. Jesse worked in the Federal Aviation Administration (FAA) as an Air Traffic Controller in Virginia and Buffalo. He progressed in his career as an automation specialist in Oklahoma City, OK and in the New England Regional Center in Nashua, NH. He retired from the FAA in 1988 and started a 33-year career improving the houses of friends and family, and fixing anything that needed it.

Together, Jesse and Jane formed scores of strong and lasting friendships in every chapter of their dynamic life together. Jesse’s one-of-a-kind personality, bounding with energy, humor, and endless generosity, is sure to have brought a smile to everyone he met during his daily travels. His faith was strong, and he gave his time daily to the Parish of the Resurrection church in Nashua, NH. He was a 3rd degree member of the Knights of Columbus.

SERVICES: A Mass of Christian burial will be held Monday, February 10th, 2020 at 11am at the Parish of the Resurrection church in Nashua, NH. Interment will follow on Saturday February 15th, 2020 at Nativity Cemetery in Orchard Park, NY.

Family and friends are invited to attend.

In lieu of flowers, memorial donations may be made to the Parish of the Resurrection church in Nashua, NH.

The DAVIS FUNERAL HOME, 1 Lock St., Nashua, NH has been placed in charge of arrangements. An online guest book is available at www.davisfuneralhomenh.com, (603-883-3401) “ONE MEMORY LIGHTS ANOTHER”.

Receive notifications about information and event scheduling for Jesse 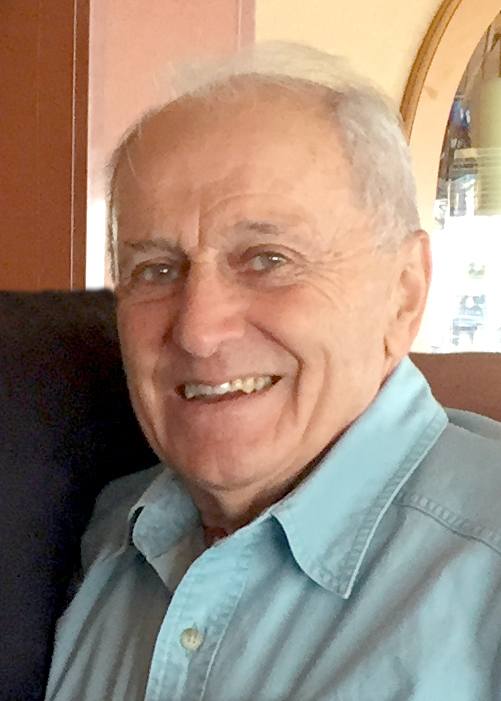 We encourage you to share any memorable photos or stories about Jesse. All tributes placed on and purchased through this memorial website will remain on in perpetuity for generations.

Dear Fodero Family,
So sorry to learn of your father's passing. I remember the discussions that we used to have while we were involved with Little Loop football and Little League baseball. May he rest in peace.
Comment | Share Posted Feb 11, 2020 at 04:33pm via Condolence
S

A Very Fond Farewell to our dear friend Jessie.
With immense sadness we say Goodbye, to a
very caring human being. Memories of our
meals and Chai together will always lighten our
hearts. Thank you for the gift of a great
Friendship. Keep smiling, as you will spread
happiness in the heavens too.
Sabi, Siraj, Ariana, Naeem

Jesse, I will forever miss your smile and humor at your Pulmonary Doctor's. Rest in peace my dear patient, your Medical Assistant Lisa
Comment | Share Posted Feb 07, 2020 at 01:20pm via Condolence