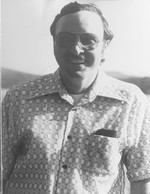 John Cecil Coates, Jr., age 88, a Veteran of the Korean War, of Nashua, passed away peacefully in his home on June 4, 2022. For 47 years, Mr. Coates was the beloved husband of Eleftheria “Rita” (Menegakis) Coates.

Mr. Coates was a kind and caring soul, deeply devoted to supporting his family through every up and down. He will also be remembered for his ability to talk up anyone, even total strangers, and his stories about his time in the service, his childhood memories in Brooklyn and Ithaca, traveling adventures, and his family. He was a loving and supportive father, grandfather and husband, always willing to provide thoughtful guidance or a quick laugh, throwing the baseball back and forth or just spending time watching a game.

Mr. Coates was born in Brooklyn in 1933, the only son of the late John and Rena (Browne) Coates. He graduated from Ithaca High School and attended Boston University after his discharge from the US Navy.

He served in the Navy from 1952 until his honorable discharge in 1956. He served on the USS Shangri-La and the USS Antietam during the Korean War. He was awarded the National Defense Service Medal, the Good Conduct Medal, and the Navy Occupation Service Medal. He spent several months in North Africa after his sea duty was completed.

Following his service time, his professional career started in defense contracting and sales with Raytheon (1957) and he completed his experience with P.C. Connection. In between, he completed 25 years with computer manufacturer Honeywell, Inc.

He was a proud member of the Alpha Lodge AF & AM for 52 years proceeding to follow the trail of the York Rite and then becoming a Shriner. He also spent many years coaching youth basketball in Nashua and other volunteer activities in support of his family.

His family is grateful for the care and assistance he received from the nurses, aids, and others during his last year from Amedisys Home Health Care.

SERVICES: According to his wishes, there will be no calling hours. An Interment with Military Honors will take place on Monday June 13, 2022 at 12:00 noon at the NH State Veteran’s Cemetery, 110 Daniel Webster Highway, Boscawen, NH 03303. Arrangements by the DAVIS FUNERAL HOME, 1 Lock St., Nashua, NH 03064. An online guestbook can be found at www.davisfuneralhomenh.com (603)883-3401 “ONE MEMORY LIGHTS ANOTHER.”