Obituary for Judith A. Kelloway (Christensen) 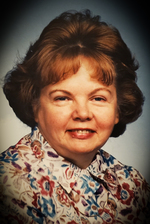 Judith A. Kelloway, age 83, of Nashua, NH, passed away on Monday, May 23, 2022 from natural causes at Crestwood Center in Milford, NH.

She was born on, June 11, 1938 in Brockton, MA, to the late Malcom Christensen and Abbie Anderson. She was preceded in death by four older brothers, Charlie, Donald, Bob, and Albert and a younger sister Dorothy. She is survived by her older sister Ruth.

Judith grew up in Easton, MA and attended Oliver Ames High School where she met her high school sweetheart, William R. Kelloway, III. They were married in 1955 and lived with their family in Massachusetts for several years before relocating permanently to New Hampshire in the mid 1960’s.

She worked at Nashua Corporation in Merrimack, NH in the 1970s, until she was diagnosed with Multiple Sclerosis (MS). Her husband, William, was a meticulous advocate in her care; especially, as the disease progressed and was her primary caregiver at their home in Nashua, NH right up until his death in 2018.

Judith was very strong in her faith and lived her life as a devoted Christian. She enjoyed fellowshipping and spreading the word of God. She enjoyed reading, crochet, browsing a Saturday morning yard sale or just simply going for a ride with her husband through the backroads of New Hampshire and Massachusetts searching for antiques and hidden treasures.

SERVICES: services will be held at the convenience of the family; followed by the burial at Woodlawn Cemetery in Nashua with Pastor Michael Rattin officiating. Any donations in Judith’s memory may be made to Home Health & Hospice Care, 7 Executive Park Dr., Merrimack, NH 03054, or the MS Association of America, https://mymsaa.org/. The DAVIS FUNERAL HOME, One Lock St., Nashua has been placed in charge of arrangements. An online guest book is available at www.davisfuneralhomenh.com, (603-883-3401) “ONE MEMORY LIGHTS ANOTHER”.