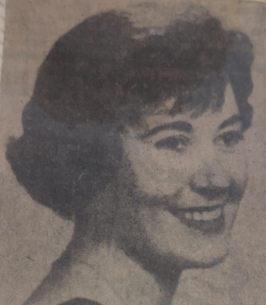 Loretta R. Thompson, 81 of Nashua, NH died Thursday September 8, 2022, at her home in Nashua with her son by her side.
Born December 20, 1940, in Bangor, Maine she was the widow of Durward F. Thompson who died in 2010.
Prior to her retirement, Loretta had been employed for 25 years at Teradyne, manufacturing circuit boards.
In her free time, she enjoyed playing bingo and attending yard sales.
Loretta is predeceased by her brothers Francis Coleman, Herbert Coleman, and Donald Coleman. She was also predeceased by two sons, James Thompson and Durward Thompson Jr.
Survivors include three sons and one daughter-in-law, Timothy Thompson, of Nashua, her son and primary caretaker, Brian Thompson, of Nashua and Kevin Thompson and his wife Teresa Thompson, of Burlington, NJ, granddaughters, Emily Thompson and Amanda Bates, and one sister and brother-in-law, Nadine Keough and her husband Jay.

Services: In honoring Loretta’s wishes, there will be no services and a private burial will be held at Woodlawn Cemetery, Nashua at a later date. The DAVIS FUNERAL HOME, One Lock St., Nashua, NH 03064 has been placed in charge of arrangements. An online guest book is available at www.davisfuneralhomenh.com, (603-883-3401) “ONE MEMORY LIGHTS ANOTHER”.