Obituary for Lorraine B Burt 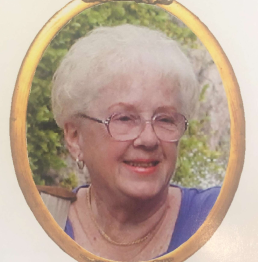 Lorraine B. Burt (Baldwin), Wife, Mother, Grandmother, Great-Grandmother, Sister, and Aunt, age, 91 of Nashua, NH, passed away after a period of declining health in Merrimack, NH. She was born on June 14, 1930, Lynn, MA, daughter of the late Walter and Myrtle Baldwin. She was married for 62 years to her loving husband, Charles F. Burt, who passed away in 2013. Lorraine and Charles were married in St. Stephen's Church in Lynn, MA, on April 7, 1951.

Lorraine grew up in Lynn, MA and graduated from Lynn English High School in 1948 and was a member of the National Honor Society. She was a secretary for General Electric Co., Lynn, MA, from 1948-1954 and retired from Sanders & Associates, Nashua, NH in August of 1993.

Lorraine enjoyed being with her family and traveling. She was a member of the Nashua Senior Activity Center and was an avid bridge player.