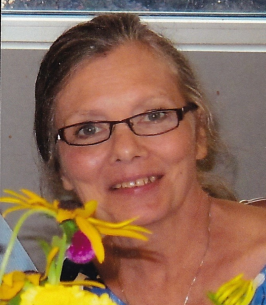 Louise P. (Perreault) Peterson, age 75, of Chelmsford, MA, passed away at home surrounded by her loving family on August 17, 2022, after a period of declining health. For 35 years, she was the beloved wife of George J. Peterson.

She was born in Lowell, MA on April 21, 1947, daughter of the late Louis & Gertrude (Maher) Perreault. She earned a degree in early childhood education from UMass Lowell.

Louise enjoyed nature, bird watching, listening to bluegrass and gospel music. A devout Christian, she was a longtime member of Grace Lutheran Church in Nashua, NH.

Besides her husband, George, she is survived by her five children, Joshua Peterson, Nathan Peterson, Heather Ninodeguzman, Sonja Chauvin and her husband, Jesse, Eric Peterson and his wife, Marisa; eight grandchildren, Madeline, Leilani, Kiele, River, Caleb, Noah, Eli and Seamus; a brother and sister-in-law, Paul and Diana Perreault; also several nieces & nephews. She was sister of the late Janet Perreault, and aunt of the late Tina (Vivier)(White) Perreault.

SERVICES: Relatives & friends are invited to her Memorial Visitation & Service on Wednesday August 24, 2022 at the Grace Lutheran Church, 130 Spit Brook Rd., Nashua, NH 03062 from 9:00 am until 10:00 am. A ‘Service of Victory’ will take place in the Church at 10:00 am. IN LIEU OF FLOWERS, donations in her memory may be made to the American Cancer Society www.Cancer.org/donate