To share your memory on the wall of Marilyn Greenspan, sign in using one of the following options:

Print
Manchester - Marilyn Greenspan, 87, a longtime resident of Merrimack, passed away on August 4, 2020 at Evergreen Place in Manchester after a period of declining health brought on by Alzheimer's and more recently Covid-19.

Marilyn was bor... Read More
Manchester - Marilyn Greenspan, 87, a longtime resident of Merrimack, passed away on August 4, 2020 at Evergreen Place in Manchester after a period of declining health brought on by Alzheimer's and more recently Covid-19.

Marilyn was born in Brooklyn, NY on December 20, 1932 to the late Nathan and Gertrude Silverman. She was predeceased by her loving husband of 59 years, Larry Greenspan. Marilyn studied at Brooklyn College, and received her bachelor’s degree in Education. She taught in the Merrimack School System for many years and stayed active in the community upon retirement. In earlier years, she was a Cub Scout den mother and a Brownie troop leader and was a member of the League of Women Voters. Marilyn was a member of Temple Beth Abraham for nearly 60 years and volunteered on several committees.

Marilyn enjoyed reading, crafting, playing bridge, tennis, yoga, listening to folk music, cooking (and of course eating) healthy foods, and in earlier days square dancing. After retirement, she took much pleasure in spending time with her 3 grandchildren. She belonged to several groups, among them a craft group, and a tennis group with her friends from the Merrimack “Y”. She enjoyed traveling with her husband Larry to destinations such as the Pacific Northwest, California, the Canadian Rockies, and to several elder hostels during retirement. Her greatest enjoyment was spending time with family and close friends.

She was a devoted and loving wife, mother, grandmother, great grandmother and friend, and will be remembered as a sweet and compassionate person. Her greatest gift was her unselfishness, as she always thought about her family and others before herself. Giving to others gave her great joy. She will be missed greatly every day by her family.

The family appreciates the care Marilyn received at Evergreen Place from such a compassionate and courageous staff during the last year of her life. Thank you to all.

SERVICES: Due to current public health and safety concerns, funeral services for Marilyn will be limited to immediate family members and held privately.

In lieu of flowers, donations may be made to Evergreen Place, 813 Beech St. Manchester, NH in her name.
Read Less

To send flowers to the family or plant a tree in memory of Marilyn A Greenspan (Silverman), please visit our Heartfelt Sympathies Store.

Receive notifications about information and event scheduling for Marilyn

We encourage you to share your most beloved memories of Marilyn here, so that the family and other loved ones can always see it. You can upload cherished photographs, or share your favorite stories, and can even comment on those shared by others.

Posted Aug 08, 2020 at 05:21pm
Marilyn Greenspan was a wonderful person and a wonderful friend. She was so very thoughtful in every way. She made me feel so comfortable when I moved to Merrimack and always found many interesting things for us to do together. Her children were just as welcoming and it made me so happy just to be in her home. My children loved to go there as well. I will truly miss her but she will always be in my thoughts with the fondest of memories. Annie Epstein
Comment Share
Share via:
PB

Posted Aug 06, 2020 at 09:35pm
So sorry for your loss. Marilyn was a very special lady. I first met her and Larry at the Y in the surf and turf class (floor aerobics and then pool aerobics. Marilyn and I then went on to play tennis for many years at the Y. So much fun, exercise and lots of memories. She was so talented and crafty. She and I had the craft bug in common also. She will be truly missed.

Posted Aug 05, 2020 at 08:48pm
I remember Gary’s parents as the most wonderful couple. They were certainly gracious and welcoming. I wish I knew then how special they both were. They were so nice. We tested their patience and tolerance and they never wavered in their kindness and acceptance.

Best wishes to all the kids and grandkids of Marilyn and Larry, you are fortunate to have had them in your lives.

Posted Aug 05, 2020 at 04:45pm
Marilyn was such an inspiration to me and so many others. I had the pleasure of meeting her through the tennis group. When I joined the group, Marilyn was no longer playing but she would stop by and cheer us on whenever she happened to be at the Y for her various activities. We had some amazing conversations at our tennis lunches and fun outings at Marylyn Clark’s lake house. I was blessed to have known Marilyn and I am so happy that she got to live her final days at Evergreen Place. My mom spent the last 3 years of her life there and the staff was absolutely wonderful to her. I felt very blessed to have found such a comforting spot for her. My deepest sympathies to Marilyn’s family. May all the beautiful memories you hold comfort your heart at this time.
Mary Duhaime
Comment Share
Share via: 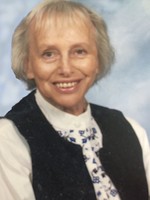