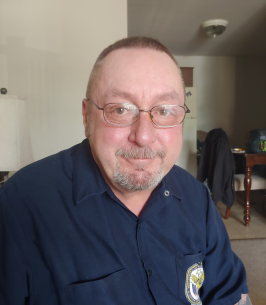 Mark J. Gilbert, age 64, of Nashua, passed away on August 25, 2022 after a brief illness. He was the beloved husband of Rachel S. (Robinson) Gilbert.

Mark worked in the maintenance department at the Edith Nourse Rogers Memorial VA Hospital in Bedford, MA for the past 13 years.

He enjoyed watching TV, especially old sitcoms. He loved music, and also played guitar and sang in a band in the past.

Besides his wife, he is survived by his four stepchildren and their spouses, Mary & Mike DeCoursey, EJ & Kate-Lynn Comeau, Merle & Michelle Comeau, Sean & Heidi Comeau; several grandchildren, and one great-grandchild; three brothers, Hickory Gilbert, Roy and his wife Rae Gilbert, Kevin Gilbert, and Althea Carreiro; a sister, Althea Carreiro. He was preceded in death by his stepson, Kenneth Comeau.

SERVICES: Relatives & friends are invited to his Visitation and Service at the DAVIS FUNERAL HOME, One Lock St., Nashua, NH 03064 on Thursday Sept. 1, 2022 from 4:00 until 6:00 PM. A prayer service with honors will take place in the funeral home at 6:00 pm to conclude visitation. Interment will be private. An online guestbook can be found at www.davisfuneralhomenh.com (603)883-3401 “ONE MEMORY LIGHTS ANOTHER.”