To share your memory on the wall of Marshall Kidd, sign in using one of the following options:

Marshall was preceded in death by his parents; his stepmother, Irene Kidd; his wife of seventy years, Ann; and his granddaughter Sarah Kidd.

Services: There will be a private family gathering when circumstances permit, but no public services. Donations in Marshall’s memory may be made to United Way’s COVID-19 fund to support local needs in the wake of the pandemic. Please make checks payable to “United Way of Greater Nashua” (write “COVID-19” in the memo line) and mail to United Way of Greater Nashua, 20 Broad St., Nashua, NH 03064. The Davis Funeral Home, 1 Lock St, Nashua NH 03064, has been placed in charge of arrangements. An online guest-book is available at www.davisfuneralhomenh.com “ONE MEMORY LIGHTS ANOTHER.”
Read Less

To send flowers to the family or plant a tree in memory of Marshall Cheek Kidd, please visit our Heartfelt Sympathies Store.

Receive notifications about information and event scheduling for Marshall

There are no events scheduled. You can still show your support by sending flowers directly to the family, or planting a memorial tree in memory of Marshall Cheek Kidd.
Visit the Heartfelt Sympathies Store

We encourage you to share your most beloved memories of Marshall here, so that the family and other loved ones can always see it. You can upload cherished photographs, or share your favorite stories, and can even comment on those shared by others.

Posted May 04, 2020 at 11:20am
My husband Brad and I are saddened to hear of Marshall's passing. He and Ann were good friends of my father, Francis Scheid, at the Huntington, and I remained friendly with him, after my own dad's death, when we both helped out Bill and Mary-Ellen Reed at the weekly sing-alongs in the Kent - Marshall on the clarinet and me as a fellow singer. I miss all of those good times!

Posted Apr 24, 2020 at 04:51pm
I had the pleasure of knowing Marshall and Ann for many years and visited them both frequently in Nashua. Marshall had a very active mind, which he kept in tune with his various activities and projects. I know how active he was at the Huntington, and he always greeted me with a smile and a story. My condolences to Steven, Gary, Cynthia, and his extended family. Peter Bennett
Comment Share
Share via:
CD

Posted Apr 21, 2020 at 03:48pm
Grandpa Marshall aka The Old Philosopher was a phenomenal man. I'm grateful for each moment I had with him. I would like to share this written eulogy for his family and friends. Thank you, Grandpa: 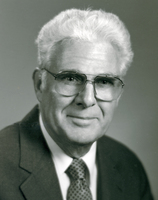