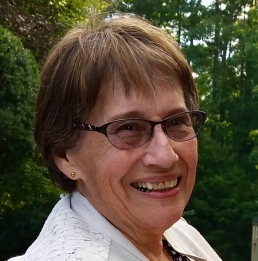 Mildred was dedicated to raising her family and was known for her cooking and being a great hostess. She enjoyed photography, shopping, camping, the beach, knitting, sewing and crochet.

SERVICES: Relatives & friends are invited to her visitation from 11:00am - 12:30pm on Friday April 8, 2022 at the DAVIS FUNERAL HOME, 1 Lock St., Nashua NH 03064. A Prayer Service will take place in the funeral home at 12:30pm. Interment to follow at Woodlawn Cemetery in Nashua. An online guest book is available at www.DavisFuneralHomeNH.com (603) 883-3401. “ONE MEMORY LIGHTS ANOTHER”