To share your memory on the wall of Nancy Grant, sign in using one of the following options:

Provide comfort for the family by sending flowers or planting a tree in memory of Nancy Grant.

Provide comfort for the family of Nancy Grant with a meaningful gesture of sympathy.

Services: There are no visiting hours. A Memorial Service in Nancy’s honor will be held on Saturday, June 29, 2019 at 11:00 AM @ Pilgrim Congregational Church, UCC on Watson St in Nashua followed by a luncheon in the churches parish hall. Relatives and friends are respectfully invited to attend. Burial will be held privately at Edgewood Cemetery in Nashua. Donation in Nancy’s loving memory may be made to the American Diabetes Association/MA Affiliate, 40 Speen St., Framingham, MA 01710, American Cancer Society, Centralized Processing Center, 30 Speen St., Framingham, MA 01710, Southern NH HIV/AIDS Task Force, 12 Amherst St., Nashua, NH 03060 or the Pilgrim Congregation Church, UCC, 4 Watson St., Nashua, NH 03064.

To send flowers to the family or plant a tree in memory of Nancy Ann Grant (Thayer), please visit our Heartfelt Sympathies Store.
Read Less

Receive notifications about information and event scheduling for Nancy 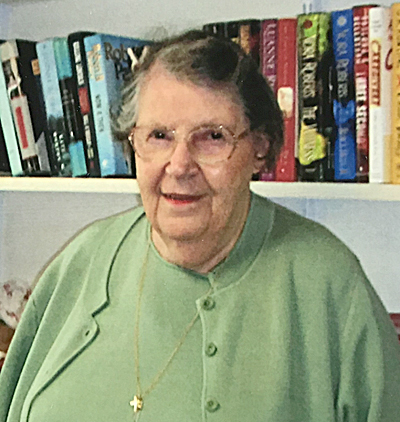 We encourage you to share any memorable photos or stories about Nancy. All tributes placed on and purchased through this memorial website will remain on in perpetuity for generations.

Nancy, thank you for your friendship as we worked together at the Nashua Public Library. Loved our little chats and that giggle that always got me smiling. Rest in peace my dear friend.
Donna Cardoza
Comment | Share Posted Dec 15, 2019 at 03:59pm via Condolence
L

I am a nurse then working at Dartmouth Hitchcock years ago.
Nancy was a patient and one of the nurses was pricked by a needle that had been used on Nancy.
I asked her to have some blood tests in order determine HIV status in case my nurse needed treatment.
I learned more about HIV not to mention what a truly caring kind woman she was. I was so moved and impressed I have never forgotten her generosity nor her name. May she be reunited with her children.
Linda Lascelles
Comment | Share Posted Jun 30, 2019 at 11:56am via Condolence
K

My sincere sympathies for the loss of your loved one. Words can not express the pain and heartache you are going through, so I hope that the warm words at Psalm 46:1 and 2 Corinthians 1:3,4 bring you comfort.
Comment | Share Posted Jun 28, 2019 at 10:09pm via Condolence
MG

Always will remember your mind, full of valuable information and on-the-spot answers. I wish you the best on your next adventure which I am sure you will share with your 3 children.