To share your memory on the wall of Patricia Brown, sign in using one of the following options:

To send flowers to the family or plant a tree in memory of Patricia Brown (Hall), please visit our Heartfelt Sympathies Store.

Provide comfort for the family by sending flowers

Donations are being accepted for: Front Door Agency.

We encourage you to share your most beloved memories of Patricia here, so that the family and other loved ones can always see it. You can upload cherished photographs, or share your favorite stories, and can even comment on those shared by others.

Love Jenn, Dan and Izabel and Maryann, George, Nikki, Derek and Jenna have sent flowers to the family of Patricia Brown (Hall).
Show you care by sending flowers

Posted Oct 26, 2019 at 11:43am
To the Brown family, I am so sorry for you loss Pat was a wonderful person, loving and caring. Hoping fond memories comfort you during this difficult time. Colleen Jefferson
Comment Share
Share via:
LI

Flowers were purchased for the family of Patricia Brown. Send Flowers

Posted Oct 12, 2019 at 12:40pm
I am so sorry for the loss of you're mother. I did not know her but i know her daughter and my heart breaks for the whole family. I wish them strength as they go through this difficult time. I will keep everyone in my prayers daily.
Comment Share
Share via:

So sorry to hear of Pat's passing. I worked with her at Lowe's. She was always very kind. Prayers to your family. 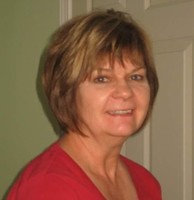