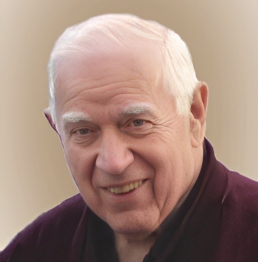 Philip F. Frazier, age 92, a longtime resident of Hudson, NH, passed away on April 3, 2022 after a short illness. He was the husband of the late Mary Jane (Brady) Frazier who passed away in 1992.

Phil was born in Newton, MA, on June 1, 1929, son of the late Francis and Kathryn (Foley) Frazier. Phil graduated from Boston College in 1952 with a bachelor's degree in marketing. He served in the US Marine Corps during the Korean Conflict.

He worked in the insurance industry and spent the last 25 years of his career as an appraiser at the American International Group.

One of Phil’s greatest loves, in addition to his family, was restoring antique cars. Over the years, he restored Ford Model A vehicles, including a 1930 Coupe and a 1931 Ford Town Sedan. He was a long-time member of several antique auto clubs including the Model A Ford Club of America.

SERVICES: Relatives & friends are invited to his visitation from 8:00am - 9:00am on Thursday April 7, 2022 at the DAVIS FUNERAL HOME, 1 Lock St., Nashua NH 03064. Funeral Mass to follow at 9:30 AM at St. Patrick Church, 29 Spring St., Nashua, NH. Interment to follow at St. Patrick Cemetery in Hudson. IN LIEU OF FLOWERS, donations to the NH State Fireman’s Association, 32 Daniel Webster Highway, Suite 3, Merrimack, NH 03054; Under Check Memo: “NH Fire Cadet Academy in memory of Phil Frazier.” An online guest book is available at www.DavisFuneralHomeNH.com (603) 883-3401. “ONE MEMORY LIGHTS ANOTHER”