To share your memory on the wall of Ralph Andrews, sign in using one of the following options:

Provide comfort for the family by sending flowers or planting a tree in memory of Ralph Andrews.

Provide comfort for the family of Ralph Andrews with a meaningful gesture of sympathy.

He is survived by his wife of 60 years Hetty and sons Steven of Baltimore, MD and David of Hudson, MA and grandsons Liam and Owen. He was born May 12, 1926 in Ithaca, NY where he attended schools, including a Batchelor of Science degree from Cornell University. Besides his parents, Ralph was predeceased by his brothers, Harold and Walter Andrews and sisters, Christina and Helga.

Ralph met Hetty Jane White, of Short Hills, NJ and a graduate of the University of Vermont, through mutual interests in canoeing, hiking, skiing, and other outdoor activities. They were married in 1960 and went to live in Lafayette, LA for five years.

A congenital heart condition prevented participation in organized sports or military service, but he trained as a mechanic and went to work the Air Force in Hawaii for two years. After the end of World War II, he went to Ohio State University where he obtained a Master’s Degree in 1952 and later spent two years in the New York State Conservation Dept. Ralph was a wildlife Biologist with the US Fish & Wildlife Service for 40 years in many locations before retiring in 1992.

SERVICES: Ralph will be interred at Edgewood Cemetery in Nashua. The family will be having a memorial service at a later date. In lieu of flowers, memorial donations can be made to NH Audubon Society, 84 Silk Farm Road Concord, NH 03301 or Beaver Brook Nature Center, 117 Ridge Rd, Hollis, NH. The DAVIS FUNERAL HOME, One Lock St., Nashua has been placed in charge of arrangements. An online guest book is available at www.davisfuneralhomenh.com, (603-883-3401) “ONE MEMORY LIGHTS ANOTHER”.

To send flowers to the family or plant a tree in memory of Ralph Andrews, please visit our Heartfelt Sympathies Store.
Read Less

Receive notifications about information and event scheduling for Ralph 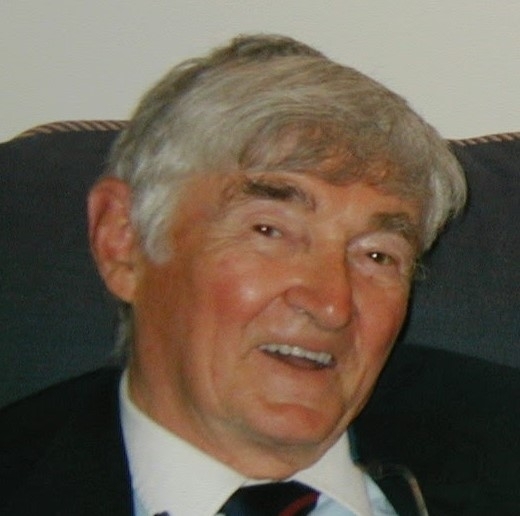 We encourage you to share any memorable photos or stories about Ralph. All tributes placed on and purchased through this memorial website will remain on in perpetuity for generations.

Hetty, I am so deeply saddened to hear about Ralph's passing. He was such a gentle soul and I know how dearly you loved him. He will truly be missed by all who knew him. Wishing you peace and love during this sad time. Love Judie
Comment | Share Posted Dec 19, 2020 at 10:43am via Condolence
NL

Hetty, Steve and Dave: Mr. Andrews was a wonderful father and husband. He taught so many of us the intricate details of nature and had such a larger than life impact on me as a young man. I am so sorry for your loss.
Comment | Share Posted Dec 15, 2020 at 06:47am via Condolence
JB

Ralph was a champion according to the waterfowl of the world. He worked 40 years to protect them, study them, and advocate for them. I didn't know him outside that sphere, but I do know that he was highly respected in birding and waterfowl circles. I have missed his attendance at Nuttall Ornithological Club meetings the last few years, and I will continue to miss him. May his soul rest in eternal peace. Jim Berry
Comment | Share Posted Dec 14, 2020 at 10:51am via Condolence
M

Dear Hetty, Mark and I share a deep sorrow with the passing of our birding friend, Ralph. We both enjoyed his cameraderie in the Nuttall Ornithological Club for many long years. We shared a love of the Arctic and its wildlife, especially our birds that depend on it. We'll miss his presence at Beaver Brook Nature Center in Hollis, NH. Our hearts go out to you, Hetty, Marcia and Mark Wilson
Comment | Share Posted Dec 12, 2020 at 05:53pm via Condolence