Obituary for Ralph B. Orlando 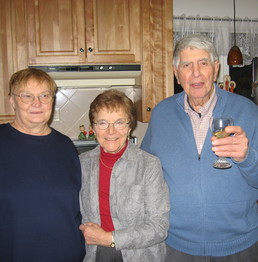 He was born in Raritan, NJ on February 3, 1931, son of the late Feury and Philomena (Cringoli) Orlando. He was a US Marine Corps Veteran of the Korean Conflict, receiving an honorable discharge following a service-connected disability.

Prior to his retirement, he worked as an industrial engineer, having worked for Millipore Corporation for many years.

Ralph enjoyed trout fishing with friends and family from New Hampshire to Montana and California. His love of nature led he and his family on many adventurous camping trips across the country. A long time skier, Ralph was on the slopes into his 80s. He was a devout Yankees fan rarely missing a televised game. Ralph enjoyed hiking the White Mountains of New Hampshire and was a member of the AMC 4000 Foot Club. Ralph’s hobbies included woodworking and stained glass. He also enjoyed spending time and playing cards with his friends at Nashua Senior Center. He was a frequent supporter of many local and international charities and sponsored many young men from Africa.

Ralph attended the Parish of the Resurrection in Nashua, New Hampshire from the early 1970’s to his passing. He found great peace in the church and the many good friends he made there.

Ralph is survived by his three children, Deborah Orlando of Amesbury, MA, David Orlando of Dover, NH, and Diane Fitzgerald and her husband, Jim of Merrimack, NH; three grandchildren, J.T. Fitzgerald, Shannon Fitzgerald and Kellie Fitzgerald. He was the brother of the late Dolores Plescia and Lance Orlando.

SERVICES: Relatives & friends are invited to his visitation on Thursday May 5, 2022 from 9:30-10:30 AM for coffee & donuts at the DAVIS FUNERAL HOME, 1 Lock St., Nashua, NH 03064. His Funeral Mass will follow at 11:00 AM at the Parish of the Resurrection, 449 Broad St., Nashua, NH 03063. Interment to follow at Edgewood Cemetery in Nashua. IN LIEU OF FLOWERS, donations in his memory may be made to the Liberty House for Homeless Veterans, 221 Orange St., Manchester, NH 03104 www.LibertyHouseNH.org/donate. An online guestbook can be found at www.davisfuneralhomenh.com (603)883-3401 “ONE MEMORY LIGHTS ANOTHER.”