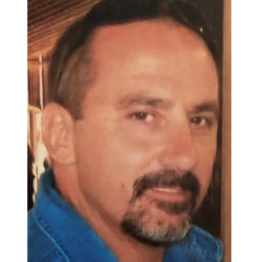 Reginald “Reggie” Pepin, 59, of Nashua, NH passed away unexpectedly on Monday, September 19, 2022. He was born in Nashua on December 30, 1962, son of the late Reginald Pepin Sr. and Pauline (Girouard) Pepin. Reggie and Laura were together since 1988 and were married in Las Vegas in 2014.

Reggie grew up in Portsmouth before settling back in Nashua. He worked various jobs over the years including drywall, moving, cooking, and truck driving.

In his free time, Reggie enjoyed spending time outdoors whether he was camping, fishing, or out for a motorcycle ride. He had a passion for CB radios and was especially good at fixing and building things around the house. Reggie especially loved his grandchildren and the time they spent enjoying ice cream sundaes together as well as their daily walks. He will be remembered for his kind personality and willingness to help others.

SERVICES: Services will be held at the convenience of the family. The DAVIS FUNERAL HOME, One Lock St., Nashua has been placed in charge of arrangements. An online guest book is available at www.davisfuneralhomenh.com, (603-883-3401) “ONE MEMORY LIGHTS ANOTHER”.