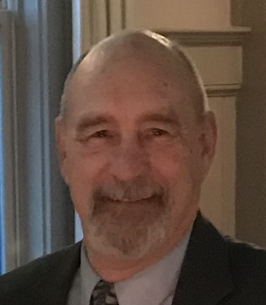 “For every house is built by someone, but He who built all things is God.” ‭‭Hebrews‬ ‭3:4‬ ‬‬‬‬

Rick (Richard) Elliott, 70, lifelong resident of Nashua, went home to his Lord on Tuesday, April 12, 2022. Born May 20, 1951, son of the late Lawrence and Shirley (Canton) Elliott. Rick’s deep and faithful love for his Heavenly Father motivated every aspect of his life, driving him to service of others and a diligent prayer life. His philosophy of “say yes unless there’s a good reason to say no” carried through his parenting, family, business and friend relationships – demonstrating his generosity in all things.

Rick spent the last 36 years of his life working in building and remodeling residences, having built more than 1000 units in and around New Hampshire. His greatest joy on this earth was time spent with his children, grandchildren and good friends. III John 1:4 “I have no greater joy than to hear that my children walk in truth” governed so many choices.

SERVICES: Relatives & friends will be received at the DAVIS FUNERAL HOME, 1 Lock St., Nashua, NH 03064 on Friday April 15, 2022 from 4:00 until 7:00 PM. His Funeral Service will take place on Saturday April 16, 2022 at 10:00 AM at the First Church of Merrimack, 7 Baboosic Lake Rd., Merrimack, NH 03054 and streamed live on our live page, YouTube, or Facebook OR www.firstchurchofmerrimack.org . Interment to follow at the North Cemetery in Hollis. An online guestbook can be found at www.davisfuneralhomenh.com "ONE MEMORY LIGHTS ANOTHER"