To share your memory on the wall of Richard Perkins, sign in using one of the following options:

Provide comfort for the family by sending flowers or planting a tree in memory of Richard Perkins.

Provide comfort for the family of Richard Perkins with a meaningful gesture of sympathy.

Richard was a member of the United States Army and served during the Vietnam War as a radio relay operator stationed in Germany. Richard was an electrical board assembler for Heidelberg and Goss International before retiring early. He then began delivering auto parts for Tulley GMC in Nashua since 2009, and was well known as “Walter” to his peers (taking on the persona of the Jeff Dunham puppet). Richard loved his antique cars and in his free time he would spend it tinkering on one of the four he owned. He was an adult leader of Troop and Den 19 for Boy Scouts when his son was involved. Richard Also was a Freemason from the lodge in Effingham, NH.

Besides his parents and wife, he is predeceased by his brother Malcom Perkins.

Survivors include his son Gregory Perkins, his brother Brian Perkins, and his granddaughter Aimee Marie Perkins.

SERVICES: A walk though visitation will be held from 5-8 PM on Tuesday October 6, 2020 at the Davis Funeral Home, 1 Lock St., Nashua, NH 03064. Due to COVID restrictions all guests entering the funeral home will be required to wear face masks and follow social distancing guidelines. A graveside service will be held on Friday October 9, 2020 at 2 PM at the NH State Veterans Cemetery, 110 Daniel Webster Highway, Boscawen, NH 03303. Friends and family are invited to attend. The DAVIS FUNERAL HOME, One Lock St., Nashua has been placed in charge of arrangements. “ONE MEMORY LIGHTS ANOTHER”.

To send flowers to the family or plant a tree in memory of Richard Gregory Perkins, please visit our Heartfelt Sympathies Store.
Read Less 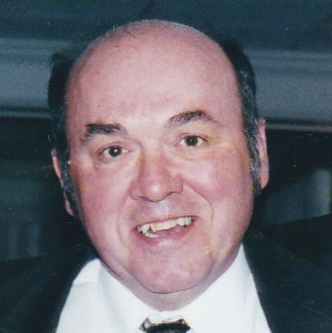 Joe and Mary radwich sent flowers to the family of Richard Gregory Perkins.
Show you care by sending flowers
Hand delivered by a local florist

Joe and Mary radwich sent flowers to the family of Richard Gregory Perkins.
Show you care by sending flowers
Hand delivered by a local florist
DW

Dear Greg,
So sorry to hear of your Dad's passing. He truly was a model leader for Troop 19. Our family will always remember the wonderful adventures we shared with him and your mom and you; hiking in the white mountains, bike riding and camping on Nantucket, and of course "conquering" the Grand Canyon. May he rest in peace, forever in our hearts. "The Chaputs" Bob, Donna (Warner), Brian, and Renee (Tolios)
Comment | Share Posted Oct 08, 2020 at 01:06pm via Condolence
PG

Dear Greg,
Paul & I were very sorry to hear that your dad passed. Both your mom and dad were wonderful people and great neighbors. They are together now.
Paul, Trish, Miah, & PJ Gedziun
Comment | Share Posted Oct 07, 2020 at 12:59pm via Condolence
JR

Dear Greg,
Doug and I were very saddened to hear about your Dad. I will always remember the good times with him and your Mom!
He always had a happy disposition and a positive outlook on life. Thank you for sharing the video. What a great tribute to his life.
Due to covid I will not be able to attend the services in person, but my thoughts and prayers will be with you and your family.
Take Care.
With sincere condolences,
Susan Beals