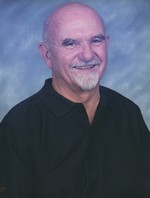 Ronald M. Gendron Ronald passed from this world to the next on April 3, 2022. Ron was born on the 7th day of the 7th month of the 37th year, the first-born son of Alice (Ducharme) and Edgar Gendron. Shortly after his birth, his parents moved from the Crown Hill section of Nashua to the French Hill part of the city. Educated in Nashua schools, he attended St. Francis Xavier elementary school where classes, taught by nuns, were conducted in French for half of the day and in English for the other half. He then attended Spring Street Junior High and then graduated from Nashua Senior High in 1955, where he was active in school government as a member of the student council and as a class officer.

Ron was an altar server at St. Francis Xavier church and also a Boy Scout in the troop that the parish sponsored. For his service as an altar server, he was awarded the Ad Altare Dei (At the Altar of God) medal. During the summer, spending money was earned picking vegetables at the Griffin farm in Windham. The owner of the farm would drive his stake truck to the French hill neighborhood where youngsters would climb aboard for the trip to the farm carrying their brown paper lunch bags and bottles of soda. At the end of the day, the pickers would be driven back to the neighborhood. Beginning in his early teens he worked helping his father who did electrical contracting work as a second job. During the summers of his junior and senior years of high school, he was employed by the Nashua Parks and Recreation Department as a supervisor at the Atherton Avenue playground. After-school activities included playing baseball for the junior and senior Ward Leagues for Ward 3 and for the Nashua American Legion team.

Upon graduation from high school, he enlisted in the United States Navy. He took basic training in Bainbridge, MD with a Boston-area group of enlistees. At graduation, he was named Company Honor Man by his Company Commander. After a short period of temporary duty while awaiting school, he spent time at the Naval Air Center in Lakehurst, NJ; an east coast base for airships. He then attended Electricians Mate class A School at the Great Lakes Training Center in Illinois. Graduating second in his class he was given the second choice of available duty stations for electrician mates and elected to serve on the destroyer tender USS Grand Canyon AD-28, whose home port was Fall River, MA. There he was assigned to the repair division. He later served aboard the destroyer USS Rooks DO-804. Both ships made numerous tours to the Mediterranean including Greece, Italy, France, Spain, Crete, England, Turkey, Sicily, Portugal, Gibraltar, and Norway in northern Europe. At the end of his four-year enlistment, he had achieved the rank of Electrician's Mate First Class.

After his military discharge in 1959, he was hired by Sanders Associates as a tester/inspector in the sonobuoy department and shortly after married Jane Regan, a registered nurse. The couple had two children: Timothy and Matthew. The family enjoyed camping in the summer. Ron and Jane were active in church activities at St. Joseph Parish, then located on Lake Street where Ron served as a minister of Communion and as a lector.

Ron took several Sanders-sponsored electronics and advanced mathematics classes. He retired from then Lockheed Sanders after thirty-three years of service. At the time of his retirement, he was Manager of Configuration Management for the Defense Systems Division. He then worked for Aubuchon Hardware and later as a custodian at St. Joseph the Worker church. He was a former member of the Nashua Tennis Club and the Nashua Camera Club. He was an avid nature photographer and one of his photographs appeared in a camera manufacturer's publication. Hobbies included tennis, golf, hiking, cross country skiing, and kayaking. He was a leader in the Cub Scout program and also coached minor league baseball and as an assistant coach for Babe Ruth baseball. For several years he participated in woodworking classes conducted by the city Adult Education Program.

His introduction to the study of Scripture began in 1989 with the Rev. John Grace at St Joseph Church in Nashua, NH. From that time on, and almost without cease, he attended Bible study classes and seminars and began a personal library of Bible and bible-related books. Shortly after his retirement from Lockheed Sanders in 1992, he requested and was granted permission by the parish staff at St. Joseph to establish a parish library. After renovating the vacated principal's office in the upper level of the church-school complex he furnished the library with purchased and donated books that were made available to the parishioners. In 1994, he participated in a pilgrimage to the Holy Land. Upon his return from the Holy Land, he began contributing articles to the St. Joseph parish bulletin. This was followed by facilitating Bible study classes relative to both the Hebrew and the Christian Scriptures. He then taught Bible study classes at the St. Aloysius parish in Nashua where his emphasis was on the context of the Scriptures. He continued pursuing his interest in the Bible and the Second Vatican Council on a personal level until the time of his passing.

Ronald was predeceased by his parents Edgar and Alice Gendron.

He is survived by his sons Timothy and his wife Linda of Southern Pines, NC; Matthew and his wife Kim of Litchfield, NH.; a brother Maurice Gendron of Kittery Point, ME and a sister Marie Claire Sigillito and her husband Michael of Vero Beach, FL and the Gendron grandchildren Lauren, Patrick, Michael, and Ryan, step-grandchildren Mikayla and Louis Tarantino and seven great-grandchildren.

Services: There are no visiting hours. A graveside service will take place at 10 am, April 12, 2022, at the family burial plot at the Gibson Cemetery, 68 Old Bridge St, in Pelham, NH. Family and friends are invited to attend. The Davis Funeral Home, 1 Lock St, Nashua, NH., has been placed in charge of arrangements. An online guest book is available at www.davisfuneralhomenh.com (603)883 3401 “ONE MEMORY LIGHTS ANOTHER.”