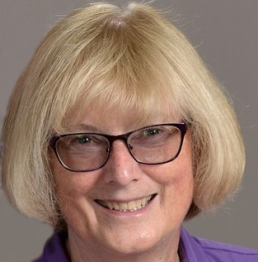 Sherry Steffensmeier passed away on August 15, 2022, at the age of 71 after a courageous fight with cancer. She was born April 19, 1951, to William and Ormah (Stafford) Schuppan in Doniphan, Nebraska. She lived on the family farm until she attended the University of Nebraska in 1969. She met her husband Ron in college, and they married on August 19, 1971. Together they raised two daughters, Sara and Rachel. In 1986, the family moved to Londonderry, NH. In 1990, she began a 24-year career in healthcare, working at the Elliot Hospital.

Throughout her life, Sherry enjoyed traveling with friends and family. Her adventures brought her around the globe to Sweden, Hawaii, Italy, and the Caribbean. She walked Hadrian's Wall and the Cornwall Coast in England. An avid photographer, Sherry found inspiration wherever she was. She enjoyed sharing her photographs on Instagram. She was a talented writer and loved the close-knit friends she met through her writing group. Sherry was a member of Grace Lutheran Church in Nashua, where she was on the Board of World Missions. Through this work, she visited Ukraine in 2005 and 2006, and connected deeply with those she met there. She is remembered for her kindness and intelligence.

Sherry was preceded in death by her father Bill Schuppan, and her husband Ron Steffensmeier. She is survived by her mother Ormah Schuppan, brother Steve Schuppan, daughters Sara Steffensmeier, Rachel Mack, granddaughter Abigail Mack, and numerous cousins, nephews, and a niece.

Services: A funeral service will be held on Saturday, August 20th at 10:30 am at Grace Lutheran Church in Nashua, NH. Flowers or donations may be sent to Grace Lutheran Church (memo: Sherry Steffensmeier Memorial Fund). Family and friends are invited to attend. The DAVIS FUNERAL HOME, One Lock St., Nashua has been placed in charge of arrangements. An online guest book is available at www.davisfuneralhomenh.com, (603-883-3401) “ONE MEMORY LIGHTS ANOTHER”.