To share your memory on the wall of Stephen Kizik, sign in using one of the following options:

Stephen graduated from Nashua High School and went on to receive his Bac... Read More
Stephen C. Kizik, 68, died Friday night, May 14, 2021 at his residence in Nashua, NH. He was born on June 27, 1952, the son of Nicholas and Bridget (Krewski) Kizik.

Stephen graduated from Nashua High School and went on to receive his Bachelor’s degree in Electrical Engineering from Boston University. His degree led him into a 35-year career for the defense division of Raytheon. He took great pride in his work.

Stephen enjoyed fiddling with electronics at home as well. He loved understanding the inner workings of the things around him. Stephen took pleasure in his garden, which inspired him to learn how to can his own vegetables which he often gave away to others to enjoy. He found joy in cooking and feeding others, especially seafood and fried chicken. He had a caring nature that made him think of others before himself. He especially cared for his beloved neighborhood squirrels, which he could be seen feeding off his patio every day. He will be remembered as a generous and kind neighbor. His family is consoled by the fact that he is finally at peace.

His family would like to thank his long time care-taker, Tammie Nelson and her family, for the love, care, and companionship they provided to Stephen in his final years.

He is survived by his sister Sherry McKew and her husband Arthur of Nashville, TN. They will remember him as someone who adored his mother and loved his family. He is also survived by his niece Beth McKew of Frederick,MD ., and nephew David McKew of San Fransico, CA., who will remember Stephen as their grooviest uncle. He leaves behind many cousins and his Raytheon family as well.

SERVICES: A graveside service will be held Saturday, June 26, 2021 at 1:00 pm at Edgewood Cemetery, 107 Amherst St., Nashua, NH. Healthy family and friends are invited to attend. Those who wish to make a memorial contribution in Stephen’s name, may do so to the NHSPCA, PO Box 196, 104 Portsmouth Avenue, Stratham, NH 03885, or visit them online at www.nhspca.org/
The Davis Funeral Home, 1 Lock St, Nashua, NH., has been placed in charge of arrangements. (603)-883-3401 “ONE MEMORY LIGHTS ANOTHER.”
Read Less

To send flowers to the family or plant a tree in memory of Stephen C Kizik, please visit our Heartfelt Sympathies Store.

Receive notifications about information and event scheduling for Stephen

We encourage you to share your most beloved memories of Stephen here, so that the family and other loved ones can always see it. You can upload cherished photographs, or share your favorite stories, and can even comment on those shared by others.

Posted May 26, 2021 at 09:52pm
Steve was my friend and co-worker since 1985 when we worked together on many projects for Raytheon CCA test.
We would also enjoy shopping at "Surplus Electronic Salvage " stores to find "rare and exotic" treasures of bygone eras. He often hosted "rodent parties" where he was always the gracious host ... he loved to barbecue and cook for friends and family ... not to mention play his "classical" music from the 60's and 70's ... Hendrix, Clapton, Iron Butterfly, The Doors etc.
Steve was one of a kind ... and always did the right thing. I will miss him greatly.
Comment Share
Share via:
MK

Posted May 24, 2021 at 12:55am
Steve was my cousin. When he was 10, he showed me his workshop where he soldered wires and electronic components together to create things. Up in his room he had a radio where he would have the wire antenna go out the window and stretch from tree to tree so we could pick up stations from around the world. When he was 20 he would talk about the challenges and benefits of progressing from nuclear fission (which power reactors) to nuclear fusion (which powers the Sun). When he was 63 he was having barbecues in the back yard at 2am while listening to the "flying saucer channel" (the popular radio talk show 'Coast to Coast' with their psuedoscientific guests), which I'm sure he could understand on a different level than the average person, which would lead to lively dinner conversation. All of this made me think, 'Wow, that's Steve'
Comment Share
Share via:
DT

Posted May 21, 2021 at 09:09pm
Steve was his own person. He was a good soul and had a wonderful, generous heart. Although I only worked directly with him once we became friends. He told me many squirrel stories which made me laugh. I called him often to check on him after he left Raytheon. We talked a lot and he had many kind word about many of the people he worked with.
He has no more pain now, rest in peace my friend.
Comment Share
Share via:
MK

Did he play games with the squirrels in his yard? I'm trying to remember. Please share.
KM

Posted May 20, 2021 at 08:16pm
Sorry to hear of Steve's passing, my condolences to Steve's family and friends. I worked with Steve at Raytheon. He was fun to be around and always made me laugh. Steve had the funniest stories even when he wasnt trying to be funny. One morning in passing he mentioned he was running late as he had to cook lobster before he got in. "what you were cooking lobster in the morning before work ???" he replied "Market Basket had a really good sale so I got some a couple days ago". He had to cook them before they went bad. He said he was keeping them in the breezeway and they kept trying to get away.
Steve had a gentle, kind spirit. 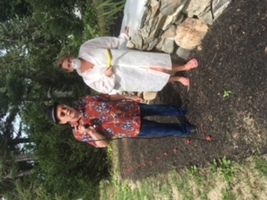 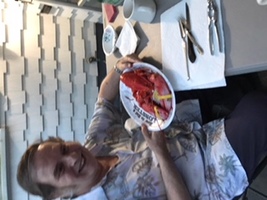 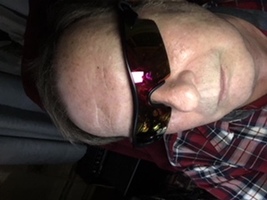