To share your memory on the wall of Steven Curtis, sign in using one of the following options:

Provide comfort for the family by sending flowers or planting a tree in memory of Steven Curtis.

Provide comfort for the family of Steven Curtis with a meaningful gesture of sympathy.

SERVICES: A memorial service will be held in the spring. In lieu of flowers donations can be made in his name to Wounded Warriors or to Main Street United Methodist Church in Nashua NH. We would love for anyone who knew him and wishes to write a memory to send them to us so we can make a collage for his service.

To send flowers to the family or plant a tree in memory of Steven Clinton Curtis, please visit our Heartfelt Sympathies Store.
Read Less

Receive notifications about information and event scheduling for Steven 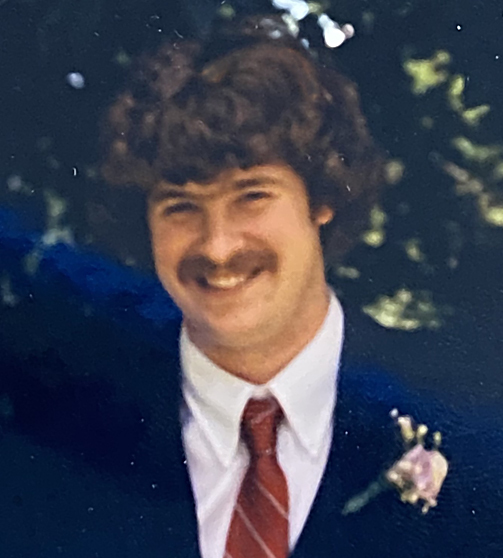 We encourage you to share any memorable photos or stories about Steven. All tributes placed on and purchased through this memorial website will remain on in perpetuity for generations.

I am very sorry to hear about the loss of Steve. I enjoyed talking to him at work. Rest In Peace my friend.
Comment | Share Posted Dec 12, 2020 at 04:37am via Condolence

My heartfelt condolences to my cousin Kathy, his mother, Sally and his wife Bena - I live in California so had not seen him in many years but I have some very fun memories - he used to tease me at grandma and grandpa Curtis' house - we would play with the tape recorder and leave messages and interview people - we played pool and ping pong - he was funny and he was a part of my childhood I will not forget - prayers to his family - I also remember him stealing the "good chair" at grandmas! Remembering you fondly
Comment | Share Posted Dec 11, 2020 at 10:06pm via Condolence

I'm sorry for your loss. I knew Steve since my childhood. He was good friends with my brother Mark. Back in 1981 or 1982, he introduced me to Rush. The band had released a video called Exit Stage Left and it was going to be broadcast on VH1 or MTV. I didn't have that channel and he invited Mark and I to his Lake St apartment to watch it. I've been hooked ever since. He was a great friend to my brother, who passed away in 2003. Rest in Peace Steve.
Comment | Share Posted Dec 03, 2020 at 08:45am via Condolence
J

My condolences on the loss of Steve. I use to work with Steve and over the years I got to know him. In the beginning he scared me because of his blunt ways of dealing with work situations. But over time I saw he was just a great guy set in his ways. I really liked working with Steve and getting to know him. I am so incredibly sorry for your loss,❤️He will be missed.
Comment | Share Posted Dec 01, 2020 at 05:51am via Condolence