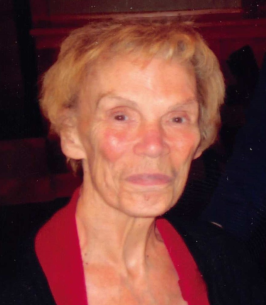 She was born in Nashua, NH on June 5, 1942, daughter of the late Charles & Jeannette (Plante) Lizotte.

Prior to her retirement, she worked as a receptionist for many years. Terry (as she liked to be called) was a single parent for many years raising three sons on her own. She had always done her best for her family. She had lived many years between California, New Hampshire, and Oregon. She always kept in close contact with her friends and family as she loved them all. She finally returned home to New Hampshire and her roots where she lived out the rest of her days.

She is survived by her two sons, Robert “Bob” LaRoche and his wife, Sharon Soyden, and David LaRoche and his wife Karen; five grandchildren, Jason, Nicole, Linzy, Bria and Shyla LaRoche; four great-grandchildren; two brothers, Phillip Lizotte of Louisiana and Jason Lizotte of CA; nieces, Nicole Lizotte, Lisa Duclos, nephews Kyle Lizotte and Michael Duclos. She was mother of the late Kevin LaRoche, and sister of the late Irene Duclos.