To share your memory on the wall of Vivian Moore, sign in using one of the following options:

Provide comfort for the family by sending flowers or planting a tree in memory of Vivian Moore.

Provide comfort for the family of Vivian Moore with a meaningful gesture of sympathy.

She was born in Prince Edward Island, Canada on July 31, 1919, daughter of the late Frederick and Harriet ( Cotton) Ladner. She was the last surviving sibling of ten children.

Vivian moved to Nashua in the late 1920's and was raised by her aunt and uncle, Bernard and Ann Butterfied, following the death of her parents. She was educated in Nashua Schools graduating from Nashua High School. After graduation, she was a valued employee with Sprague Electric, JJ Newberry and Fashion Neckware.

Vivian and her husband, Harold “Pink’ Moore, were married on July 20th, 1942 and together they had three children; Bernard and Sarsha Moore and Brenda and Russell Gora of Hudson, NH and Betty and Bruce Einsidler-Moore of Milford, NH. She was also the proud and loving grandmother to Geoff, Brian, Andy, Chelsea and Emily as well as twelve great-grandchildren; Chloe, Kate, Sydney, Avery, Pyper, Jordan, Kyle, Mia, Morgan, Mikalea, Keaton and Ruby.

Vivian and Harold made their loving home in Hudson and enjoyed 66 years together before Harold's death on July 14, 2008. Before and during retirement, Vivian and Harold often spent most of their weekends setting up at Flea Markets in Hollis and Derry, NH selling various goods. She was also actively involved in the Hudson Fort Nightly, Wattannick Grange, Hudson VFW Aux 5791, Hudson Baptist Church, Hudson Historical Society and the Hudson Seniors.

Vivian enjoyed living the past seven years at Fairview Nursing Home where she was known to participate in the daily entertainment activities and often dominated the Bingo tables. She was loved by all and will greatly be missed.

SERVICES: Visitation will be held at Davis Funeral Home, One Lock Street in Nashua on Wednesday, September 18, 2019 from 11am to 1pm. A funeral service will immediately follow visitation, 1pm, at the Funeral Home. Interment will follow at Westview Cemetery in Hudson. Family and friends are respectfully invited to attend.

To send flowers to the family or plant a tree in memory of Vivian Sandra Moore, please visit our Heartfelt Sympathies Store.
Read Less

Receive notifications about information and event scheduling for Vivian 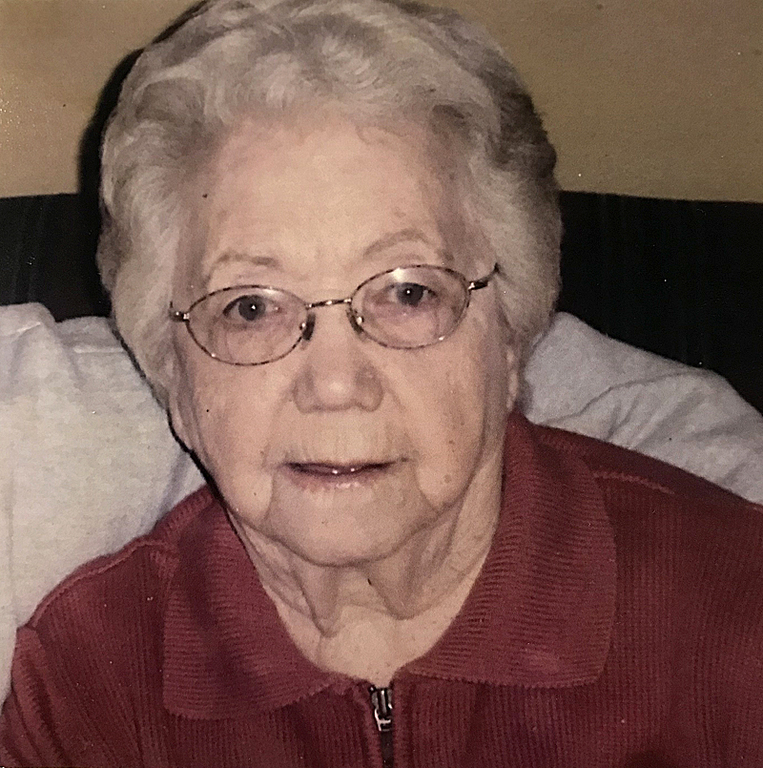 We encourage you to share any memorable photos or stories about Vivian. All tributes placed on and purchased through this memorial website will remain on in perpetuity for generations.

The Doris Post Family, The Gordon Moore Family, and other have sent flowers to the family of Vivian Sandra Moore.
Show you care by sending flowers
Hand delivered by a local florist

The Doris Post Family, The Gordon Moore Family, and other have sent flowers to the family of Vivian Sandra Moore.
Show you care by sending flowers
Hand delivered by a local florist
PC

When I was scheduled to work in Activities at Fairview, the best part of each activity was the expressions of happiness Viv would have. She was such a sweetheart and enjoyed all she participated in and we enjoyed her. She was "real" and she cared so much about everyone and everything. She was an extended family member for many of us and the love she had for her own family was exemplary. To have such a mom and friend is a treasure for all. Viv will be missed by many tremendously............she already is by me.
~~Pat Connor (Activities, Fairview)
Comment | Share Posted Sep 22, 2019 at 12:42pm via Condolence
CZ

Brenda and Family,
Hold on to your memories, and let them guide you during this time of sadness.
With deepest sympathy,
Charlie and Linda Zelonis
Comment | Share Posted Sep 18, 2019 at 08:16am via Condolence
RG

My heartfelt sympathy to Brenda and Russ and the entire Gora family. May your warm memories of your Mother help comfort you during this difficult time. You are all in my thoughts!
Rachel Guill
Comment | Share Posted Sep 17, 2019 at 06:50am via Condolence
TF

You were a dear friend to our grandmother, Dot Post. With much love.

Celebrating an amazing life and wishing you comfort in your memories. With love and deepest sympathy.