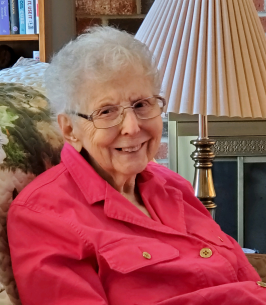 Viviane C. (Lavoie) Labrie, 90, died Thursday, January 13, 2022, at the Community Hospice House in Merrimack, NH. She was the daughter of the late Joseph and Juliette (Bineau) Lavoie. Widow of the late Normand J. Labrie who passed away in 2008 after 56 years of marriage. She is predeceased by son, Richard Labrie; 3 brothers, Roger, William, and Robert; and sister Elaine.

Viviane was born in Manchester, NH, October 9, 1931. She attended school in Manchester and graduated from St Joseph’s High School in 1949. She moved to Nashua in 1971 in a home that her husband designed and helped build. She was a communicant at the St Louis de Gonzaga Church for many years. In Nashua, once her children were grown-ups, she worked for Phaneuf Press, Tom Ray, and then worked part time at Brookstone at the Pheasant Lane Mall until her retirement in 2000. She loved to knit, crochet, and spend time with her children, and grandchildren. She was blessed with 10 Great-grandchildren. She and her husband had a timeshare in the Mountains which they enjoyed twice a year.  She enjoyed travelling with her daughter Lisa as often as possible.