To share your memory on the wall of William Harris, sign in using one of the following options:

Provide comfort for the family by sending flowers or planting a tree in memory of William Harris.

Provide comfort for the family of William Harris with a meaningful gesture of sympathy.

He was the widower of Frances (Keene) Harris. They were married on February 16, 1946.

William was a 1935 graduate of Hopkinton High School, a class of 14 students. He lived on a farm in Contoocook and was the oldest of eight children. He worked with the CCC in that area during severe storm/flooding that occurred in the 1930’s. In early 1941 he joined the army and became a 1st Sargent in the 759th Field Artillery Battalion, went on to Europe for 10 months, completing his active duty in 1945. Following his service he came home and got married, moved from Cambridge to Woburn, and then to Chelmsford, MA in 1951.

He worked as a carpenter for a heavy construction company in Boston on bridge building and harbor projects, piers, and dock repairs until 1979. During these years he became active in the Grange, joined the Audubon Society and the Tyngsboro Bird Society, and wrote birding stories for The Chelmsford News Weekly. He was also an avid rockhound and photographer and, with his wife May, they made jewelry with their many mineral finds, and still found time to go fishing! They moved to Nashua in 1984, continued all of the above, and finally 100% mastered the fine art of storytelling and repeating jokes!

His 100th Birthday was celebrated with a great number of relatives from all over the country and a surprise guest, Senator Dan Feltes, as well as a local TV Station were present as he was given several treasured award accomodations, at Elm Brook Park where his life began years ago, now part of the huge Flood Control Project in place there.

Dad, referred to as a little guy, like a leprechaun, always offering some kind of input and help to someone. A kind, polite listener, and as always, for decades now, a strong, positive influence on many, many folks.

He is survived by his brother, Richard in Florida, as well as his son William, his wife Patty, and their two daughters, Carla and Fiona. The Family Tree is akin to a giant sequoia, with so many great-greats so far back, from Sweden and other countries, with many many cousins, nieces, nephews, etc…

SERVICES: A graveside service with Military Honors will be held on Saturday, September 21, 2019, 2:00pm, at New Hopkinton Cemetery in Hopkinton. Family and friends are respectfully invited to attend.
In lieu of flowers, those who wish may make a memorial contribution to are asked to consider a donation to the Alzheimer's Association, 480 Pleasant St., Watertown, MA 02472 (www.alz.org).

To send flowers to the family or plant a tree in memory of William Carl Harris, please visit our Heartfelt Sympathies Store.
Read Less 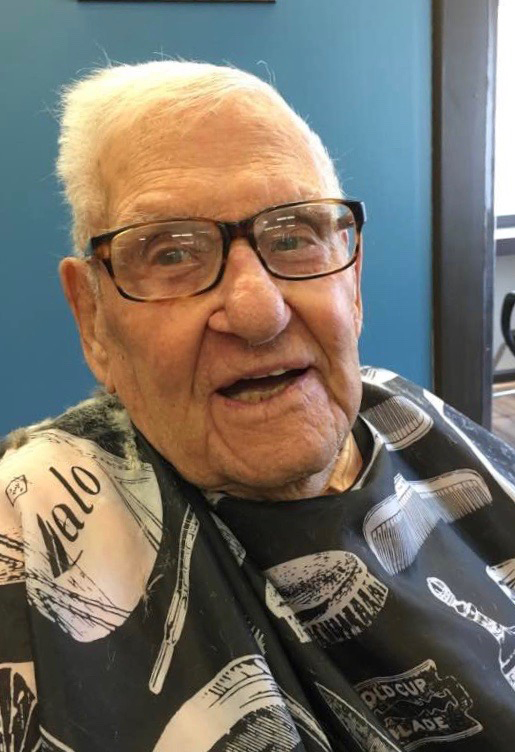 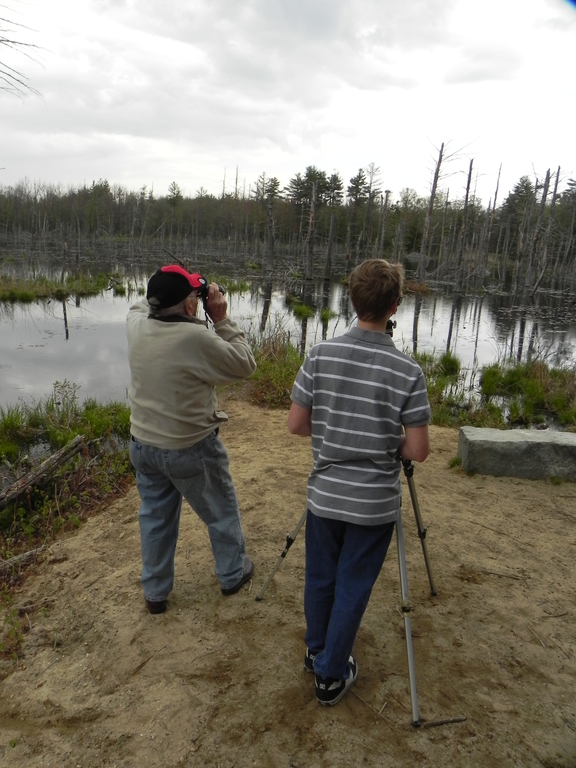 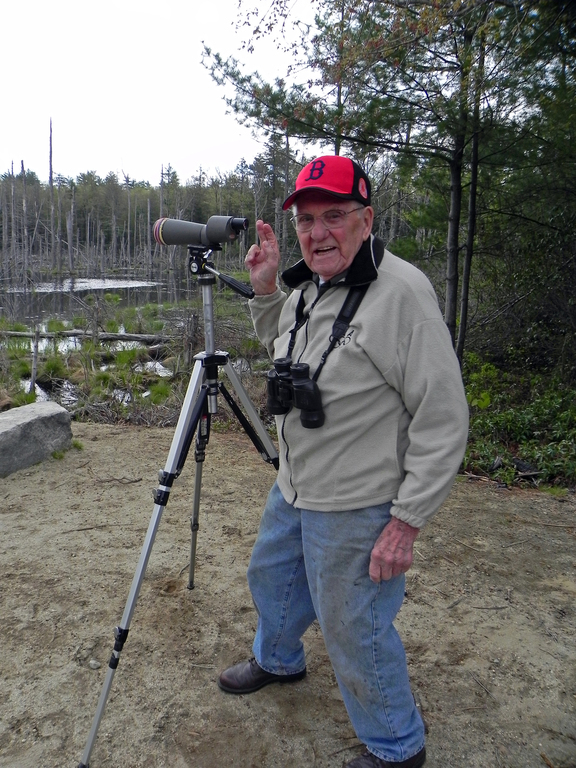 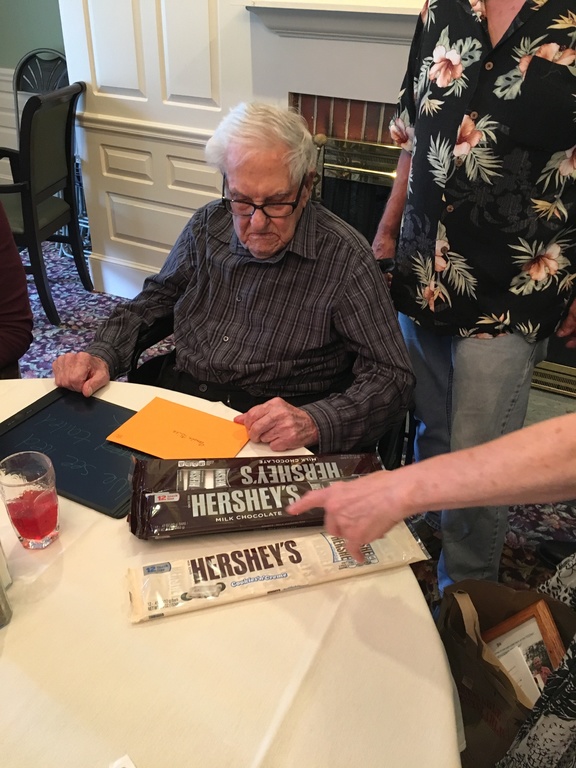 Love Richard and Nancy and John Criscitiello & Suzanne sent flowers to the family of William Carl Harris.
Show you care by sending flowers
Hand delivered by a local florist

Love Richard and Nancy and John Criscitiello & Suzanne sent flowers to the family of William Carl Harris.
Show you care by sending flowers
Hand delivered by a local florist
LN

Love Richard and Nancy purchased flowers for the family of William Harris.
Order Now | Show All
Comment | Share Posted Sep 20, 2019 at 09:59am via Floral Arrangements
JS

Bill: Thanks for the many years of love, laughs, and nature adventures. You will always have a special place in our hearts.

I did write a message yesterday, but it's not posted so I'll repeat what I said. Bill and May were two of my most influential friends and neighbors. I first met them about 70 years ago when they moved here. They instantly became a part of our lives and have remained so for all these years. I can't begin to tell you of how many trips we went on with him, and how he had an explanation for everything we saw or did. When I married and built a house across from him, our friendship became even closer. I have never met anyone who had a zest for life as much as Bill, no matter what subject you wanted to talk to him about he gave his full attention to you. I have so many memories that I'll carry with me for the rest of my life. Rest in peace, Bill, and know that you were dearly loved and respected. Joan Clement
Comment | Share Posted Sep 16, 2019 at 07:09pm via Condolence
NF

I can remember thinking as a child that Bill and his wife, May, were two of the smartest people I had ever met. That belief continued throughout the many years our families were friends and neighbors. Bill was so interesting to talk to and anything to do with nature was always a guaranteed topic. I remember touring his rock and mineral display one day and the details of each and every rock was explained to me happily. Bill is truly an example of someone that found joy in all that he knew and a life well lived.
My deepest sympathy to Billy and family,
Nancy Fyten
Comment | Share Posted Sep 16, 2019 at 05:12pm via Condolence
H

I met Mr. Harris when I met Bill in school. I delivered the newspaper to the Harris’s and enjoyed looking all of the rocks and minerals they had on display. Mr. Harris was a wonderful person and all will miss him. My heart goes out to Bill, Patty and family. Haven and Fay Morrison
Comment | Share Posted Sep 16, 2019 at 01:45pm via Condolence