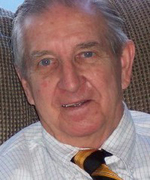 William Warren Quain (WWII Veteran – US NAVY), of Nashua, formerly of Woburn, Mass, died at the age of 94 on Saturday, October 5, 2019.
He is predeceased by his wife of 47 years, Ruth B. (Russell) Quain, who died on Aug 5, 2002. Also predeceased by a son Steven E. Quain.
He is survived by a son David Quain and his wife Celeste of Merrimack, NH, stepson Bill DelRossi and his wife Florence of Brunswick, Maine, stepson Paul DelRossi of Irvine, California, and his daughter-in-law Carol DelRossi. His granddaughters Tori Quain, Jocelyn Thompson, Michele Miller, Karen Sharples and Christine DelRossi. His grandsons Steve DelRossi and Dan DelRossi; and his seven great grand children.
Mr. Quain was born on Jan 28, 1925 in Melrose, Mass, the son of the late William H. Quain, and the late Gertrude M. (Jones) Quain.
Mr. Quain joined the US Civilian Conservation Corps (CCC) at age 16, and enlisted in the US Navy in Jan 1942 at age 17. He served aboard the Battleship USS South Dakota (BB-62) from her commissioning in 1942 until her de-commissioning in 1946. As a crew member he was awarded the US Presidential Unit Citation, the Philippine Presidential Unit Citation, the US Navy Unit commendation, the US Asiatic Pacific Medal with 13 Battle Stars, the Philippine Liberation Medal with 2 Battle Stars, the US Navy Occupation of Japan Medal plus other medals and ribbons. Mr. Quain was in Japan seven days before and during the signing of the Peace Treaty. He also served during the Korean War in the Atlantic Fleet.
Mr. Quain was a licensed Master Electrician in NH and Mass. He retired in 1989 as Plant Engineer, at the New Hampshire Community Technical College in Nashua.
He was a member of Post 15030 VFW in Nashua.
Mr. Quain enjoyed family camping, hunting and fishing.

SERVICES: A Graveside Service will be held at Woodlawn Cemetery in Nashua, NH at 11:30am on Tuesday, 15 Oct, 2019. Family and Friends are respectfully invited to attend.