To share your memory on the wall of Carolyn Mulrooney, sign in using one of the following options:

Provide comfort for the family by sending flowers or planting a tree in memory of Carolyn Mulrooney.

Provide comfort for the family of Carolyn Mulrooney with a meaningful gesture of sympathy.

Carolyn graduated valedictorian of her class at Brewer High School in Brewer, ME in 1955. She started working for MetLife Insurance Company in Bangor, ME immediately upon graduation. She transferred to the Rutland, VT office in 1964 and to Lowell, MA in 1967. In 1970 she started traveling as a field service representative out of the NYC office, having the east coast as her territory. She retired in 1982.

It was while she was at the Rutland location of Metlife in 1964 that she met her late husband, Preston. They dated for 11 years and married at the Central Congregational Church in Chelmsford, MA on May 31, 1975. They resided in Chelmsford, MA until relocating to Nashua, NH. They enjoyed traveling to Laguna, CA and Clearwater, FL during the winter months. Some of Carolyn’s favorite places to travel were Bermuda, New Brunswick, Nova Scotia, Quebec and cruising to St. Martin / St. Thomas.

She joined The First Church of Nashua, UCC in 1984. She served her church in a quiet yet vibrant manner. She participated in the Women’s Association for many years and took a leading role in the annual Holiday Fair. She was a recipient of the Kathryn Brigham service award for all of her selfless contributions to the church.

She was also a loyal volunteer at Southern New Hampshire Regional Medical Center Auxiliary for more than 35 years where you would find her at the front desk greeting everyone and working as an operator. To her surprise she humbly received the Lifetime Achievement Award from the President of the United States in 2018 for her lifelong commitment to building a stronger nation through volunteer service representing 4000 hours of volunteered time.

Other volunteer time was devoted to the Nashua Senior Activity Center. In addition, she enjoyed watching the Red Sox and keeping busy with her crafts. Although she was an only child and had no children, Carolyn enjoyed the love and support from many friends. A special thanks to all of the health care providers at St. Joseph Hospital, Home Health & Hospice Care and Greenbriar Healthcare who cared for Carolyn.

She is survived by nieces, nephews and several cousins.

SERVICES: Visitation will be held at Davis Funeral Home, One Lock Street in Nashua, from 4-6pm on Friday, June 28, 2019. Funeral Service will be 10am, Saturday, June 29, 2019, at The First Church UCC (Congregational), One Concord Street in Nashua. Interment will follow at Woodlawn Cemetery in Nashua. Family and friends are respectfully invited to attend. Per Carolyn’s request, those who wish to make a memorial contribution in her name are asked to consider either The First Church Scholarship Fund, One Concord Street, Nashua, NH 03064 or the Nashua Senior Activity Center, 70 Temple Street, Nashua, NH 03060.

To send flowers to the family or plant a tree in memory of Carolyn Alice Mulrooney (Moody), please visit our Heartfelt Sympathies Store.
Read Less

Receive notifications about information and event scheduling for Carolyn 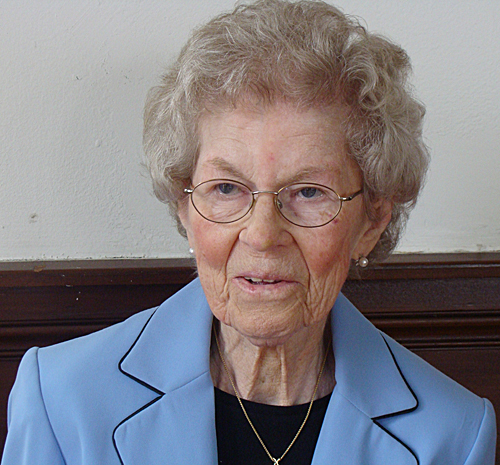 We encourage you to share any memorable photos or stories about Carolyn. All tributes placed on and purchased through this memorial website will remain on in perpetuity for generations.

Jim and Chris O'Leary sent flowers to the family of Carolyn Alice Mulrooney (Moody).
Show you care by sending flowers
Hand delivered by a local florist

To family & friends of Carolyn-presently now as you are gathered for her memorial tribute of her life---much sadness, that we can not be there with you all. This is Elinor Moody Fickett & speaking for Charles Moody (daughter & son of Gerald Moody)-cousins to Carolyn; origin from Cornville, Maine---our heart felt thoughts & prayers go out to you. Our brothers Linwood & James have passed-so, we remain of our family. I so wish that I had made a visit to Carolyn before now, as I intended & hoped to so often (like every month thinking so)---of course too late. I have fond memories of Carolyn-her parents & Preston too. As I was young, always thought Carolyn was so prim & proper (a mini Vera). But, learned that she was quite real & fun loving! She did uphold forms of style & decency. Being very thoughtful, considerate & kind-generous spirited too. She was a diligent worker & accomplished in her field. A bright mind, gifted/talented, sweet personality, a lovely soul. She made a difference, A mark on this world, & in our lives. A precious child of God! Now to await for the great reunion in the sky-to see her & family/loved ones again, eternally. Blessings Carolyn! Love-cousins Elinor & Charles
Comment | Share Posted Jun 29, 2019 at 11:37am via Condolence
JO

Dearest Carolyn, Thanks for all your friendship and love over the last 30 years. Love, All the O'Learys

Jim and Chris O'Leary purchased flowers for the family of Carolyn Mulrooney.
Order Now | Show All
Comment | Share Posted Jun 28, 2019 at 10:13am via Floral Arrangements
MS

To the Family of Carolyn, on behalf of the MetLife/New England Chapter of the Field Veterans Association, please accept our condolences for your loss.
Comment | Share Posted Jun 27, 2019 at 12:32pm via Condolence
HS

Flowers were purchased for the family of Carolyn Mulrooney.
Order Now | Show All
Comment | Share Posted Jun 26, 2019 at 05:59pm via Floral Arrangements
DB

My sincere condolences to Carolyn's family and friends. She was a wonderful and caring person that I had the honor of knowing and working with. She was selfless in her commitment to see others do better and in her many volunteer activities over the years. Rest in peace Carolyn.
Comment | Share Posted Jun 26, 2019 at 09:22am via Condolence