To share your memory on the wall of Glenn Waugaman, sign in using one of the following options:

Provide comfort for the family by sending flowers or planting a tree in memory of Glenn Waugaman.

Provide comfort for the family of Glenn Waugaman with a meaningful gesture of sympathy.

Glenn L. Waugaman, 84, a longtime resident of Hollis, NH, passed away peacefully on Thursday, January 28, 2021 after a lengthy battle with Parkinson's disease. He is survived by his loving wife of 60 years, Janet P. (Virostek) Waugaman.

... Read More
Glenn L. Waugaman, 84, a longtime resident of Hollis, NH, passed away peacefully on Thursday, January 28, 2021 after a lengthy battle with Parkinson's disease. He is survived by his loving wife of 60 years, Janet P. (Virostek) Waugaman.

Mr. Waugaman was born on October 25, 1936 in Ford Cliff, Pennsylvania to Harold L. and N. Mildred (Bowser) Waugaman. After graduating from Ford City High School in 1954, he served with honor in the Navy as a radar technical specialist on the USS Columbus (CA-74) and USS Irwin (DD-794). He later attended the University of Oklahoma and Rivier College, receiving a B.S. in Political Science.

Building upon his Navy technical training, Mr. Waugaman enjoyed a distinguished 30-year career in the Federal Aviation Administration (FAA) as an engineer and manager, including serving as the sector chief of the Boston Air Route Traffic Control Center (ATC) in Nashua from 1976-81. Also of note were special international and executive assignments on behalf of the United States government in Madrid, Spain and Washington, DC.

In his private life, Glenn was a dedicated softball player, participating in both FAA-based and senior leagues well into his 70s. He loved baseball and was a devoted fan of the Pittsburgh Pirates in his youth, later becoming a Red Sox season ticket holder where he enjoyed many games at Fenway Park with his wife, sons, and grandchildren. In retirement he spent winters in Florida, relaxing at the beach and competing on the softball field. Glenn was an avid lover of music, particularly of classic country and Willie Nelson, and attended many concerts. He became an "aficionado" of Spanish food after his years of living in Madrid, and he hosted legendary "paella parties" stateside that were relished by all. Perhaps most of all, Glenn enjoyed hosting and entertaining his grandkids in his role of beloved "Grandad".

Funeral services are private due to concerns about the continuing pandemic. In lieu of flowers, donations in Mr. Waugaman's memory are graciously welcomed to the Michael J. Fox Foundation for Parkinson's Research, online at michaeljfox.org or by mail at P.O. Box 5014, Hagerstown MD 21741.

To send flowers to the family or plant a tree in memory of Glenn Leroy Waugaman, please visit our Heartfelt Sympathies Store.
Read Less

Receive notifications about information and event scheduling for Glenn 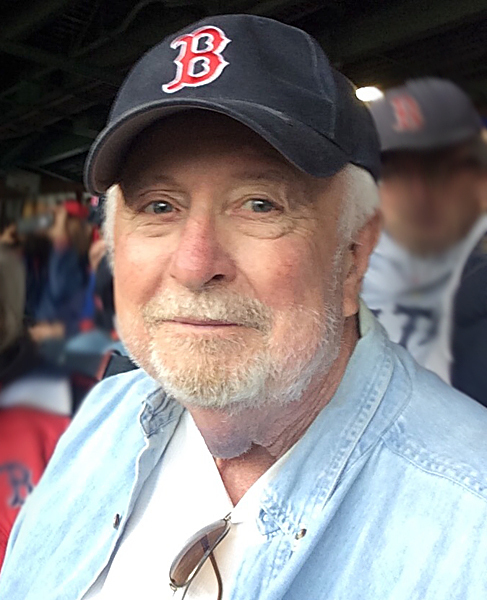 We encourage you to share any memorable photos or stories about Glenn. All tributes placed on and purchased through this memorial website will remain on in perpetuity for generations.

Dear Janet:
I was so sorry to read about the passing of your husband. Please accept my sincere condolences for your loss.
Regards,
Catherine Andruskevich
(First Federal Bank, FSB)
Comment | Share Posted Feb 07, 2021 at 12:23pm via Condolence
BB

Haven't seen Glen in a few years but remember fondly the time we spent together in the late 70's and early 80's. A gentleman to be sure. RIP my friend.
Comment | Share Posted Feb 05, 2021 at 03:44pm via Condolence
GV

I am so sorry to hear about Glenn’s passing. Janet, please know we will keep you and your family in our thoughts and prayers. Gayle And Russ Verney
Comment | Share Posted Feb 04, 2021 at 06:45pm via Condolence
DK