To share your memory on the wall of Kevin West, sign in using one of the following options:

Kevin was born in Lowell, MA on September 20, 1964, a son of Carol Ann (McGuire) West and the late Herman Lee West, Sr. Kevin was a graduate of St. Joseph’s School of Nursing in Nashua, NH and the Dialysis School in Washington, DC.

Kevin was the husband of Heather (Rousselle) West.
He was a Licensed Practical Nurse for the United States Army. Kevin worked for NaphaCare at Fort Devens Prison, MCI Shirley Prison, and Beth Israel Hospital.
Kevin loved to spend time with his wife Heather, son Justin and daughter Irelynne grandchildren Alex and Draven, and his army of dogs. He enjoyed fishing, softball with the guys, and helping veterans. Kevin also liked playing poker, betting horses, cooking and loved his lemon and limes.
He was a veteran of the United States Army.

SERVICES: Visitation will be held from 4:00 – 7:00 pm on Thursday July 23, 2020 at The Davis Funeral Home, 1 Lock St., Nashua, NH 03064 with a memorial service to follow at 7:00 pm. In the chapel of The Davis Funeral Home. Interment will take place on Friday July 24, 2020 at 11:30 am at the New Hampshire Veterans Cemetery, 110 Daniel Webster Hwy, Boscawen, NH 03303. All are invited to attend and meet directly at the cemetery. Those planning an expression of sympathy are asked to consider a donation to: Fisher House of Boston, PO Box 230, South Walpole, MA 02071, fisherhouseboston.org. “ONE MEMORY LIGHTS ANOTHER”.

To send flowers to the family or plant a tree in memory of Kevin Lee West, please visit our Heartfelt Sympathies Store.

Receive notifications about information and event scheduling for Kevin

We encourage you to share your most beloved memories of Kevin here, so that the family and other loved ones can always see it. You can upload cherished photographs, or share your favorite stories, and can even comment on those shared by others.

Flowers were purchased and a memorial tree planted for the family of Kevin West. Send Flowers

Posted Jul 17, 2020 at 11:51am
The party in Heaven is amazing and they welcomed you with open arms! I know the love that surrounds you there is something we will all feel someday but that does not ease the pain of those left behind, especially your wife and children. I know you and your Dad are up there frying the chicken and making those deviled eggs and my Mom is the first in line for both :) Rest easy Cuz... Sleep Sweet.. we will all meet again and until that day comes watch down on those who need you most... #savemeaseat... #kissmymomforme
Comment Share
Share via: 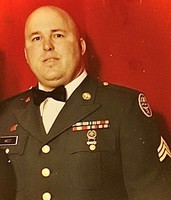